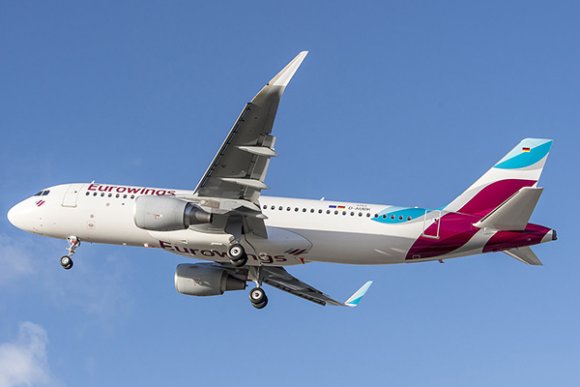 Lufthansa Group-owned LCC Eurowings said the recent progress in the approval and distribution of COVID-19 vaccines coupled with increasingly sophisticated testing procedures give reason to hope that the airline industry will see an initial recovery by summer 2021.

“Whenever people are allowed to travel, they will travel and they will fly,” Eurowings CEO Jens Bischof told Aviation Week Network.

The German air transport market has been characterized by market exits and withdrawals following the historic business slump resulting from the COVID-19 crisis, and this could ultimately benefit Eurowings. Competitors such as Ryanair and Easyjet have left strong Eurowings locations such as Düsseldorf (DUS) and Stuttgart (STR), while airlines such as Sun Express Deutschland and Luftfahrtgesellschaft Walter (LGW) have had to leave the market altogether.

“The crisis is too sharp. The slump is too rapid. And I think a competitive cost position is even more important as a lifeline in these days for each and every airline ... just to stay in the game,” Bischof said.

Eurowings is currently the market leader at German airports Berlin (BER), Cologne/Bonn (CGN), DUS, Hamburg (HAM) and STR. The airline said the current exceptional situation dictates that flight capacity should be planned as closely as possible to demand.

Eurowings said that during the rapid market adjustments in 2020, the LCC demonstrated how dynamically the company can adapt to fundamentally new situations.

“Airlines that are not efficient will no longer exist after the crisis, to be very honest,” Bischof said. For now, the carrier is operating just 20% of its pre-crisis capacity.