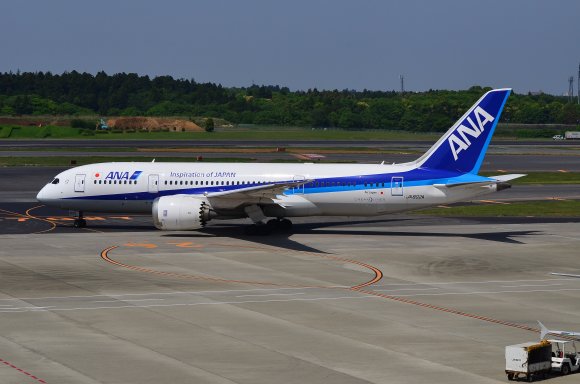 The decision affects 16 services that are already operating or were due to begin during the summer season, overlapping with the Tokyo Olympic Games due to start on July 23. In addition, the airline is reducing frequencies on a further three international routes.

Announcing its interim flight schedule for the period from March 28 to Oct. 30, ANA said domestic routes would make up the core of the company’s earnings, adding the airline would “aggressively reorganize its route network to maximize revenues.”

“Flights will mainly be operated using smaller aircraft to temporarily downsize operations and reduce costs,” a statement released by ANA said. “With the early retirement of Boeing 777 aircrafts, a greater number of long-haul flights will be operated with the Boeing 787 aircraft to raise operational efficiency.”

The Star Alliance member said that compared with the 2020 financial year, the usage rate of large aircraft during the 2021 fiscal period would be reduced by 50%, while the usage rate of small aircraft would increase by 30%. In October 2020 the airline revealed it would retire 22 older 777s.

On the carrier’s international operations, 10 routes have been suspended from Tokyo Narita (NTR), while five services scheduled to launch from Tokyo Haneda (HND) have been postponed indefinitely. Frequencies will be reduced on three other routes from HND and one service from Osaka Kansai (KIX) has been canceled.

Planned route launches from HND to Istanbul (IST), Milan (MXP), Moscow (DME), San Jose (SJC) and Stockholm (ARN) will not go ahead, while routes to Bangkok (BKK), Los Angeles (LAX) and Sydney (SYD) will continue to operate but with lower frequencies than previously planned. Additionally, ANA will suspend flights between KIX and Hong Kong (HKG).

“Due to the continued impact of COVID-19 as well as related immigration restrictions and quarantine measures, ANA will continue to review and adjust its flight schedule and increase or reduce the frequency of flights accordingly,” ANA said. “However, we will continue to monitor demand trends and resume or increase flights on a monthly basis.”

On the airline’s domestic network, ANA plans to suspend two routes from KIX to Fukuoka (FUK) and Memanbetsu (MMB), as well as NRT-Itami (ITM).