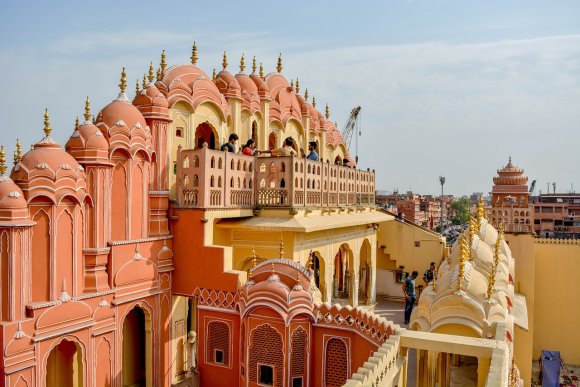 SpiceJet is increasing its presence in Jaipur (JAI) as it seeks to gain ground on the airport’s largest operator IndiGo. SpiceJet is this month launching five new domestic routes from the destination in northwestern India, often known as the Pink City due to its trademark building color.

From Feb. 1, the carrier will begin flying 2X-daily to Delhi (DEL) and daily to Udaipur (UDR). A 3X-weekly service to Amritsar (ATQ) starts on Feb. 10, alongside a 4X-weekly route to Dehradun (DED) and a 2X-daily flight to Goa (GOI) via Surat (STV). The airline will deploy its Bombardier Q400 aircraft on these sectors.

“The Pink City of India has always been known as one of the biggest tourist hotspots and trade hubs for its rich, cultural heritage and handicraft,” CCO Shilpa Bhatia said. “There can’t be a better time to launch multiple flights to connect this picturesque and historical city with other major cities owing to the perfect weather conditions for travel and tourism.”

SpiceJet is the second largest operator at JAI behind LCC rival IndiGo, with a 13.3% capacity share of all departure seats from the airport this week (w/c Feb. 1, 2021). IndiGo has a 52% capacity share and is also the dominant carrier on flights to DEL.

Prior to the launch of SpiceJet’s flights, there were 8,852 two-way weekly seats between JAI and Del, compared with 17,436 during the same period a year ago. SpiceJet’s entry to the market will add 2,184 weekly seats on the route.