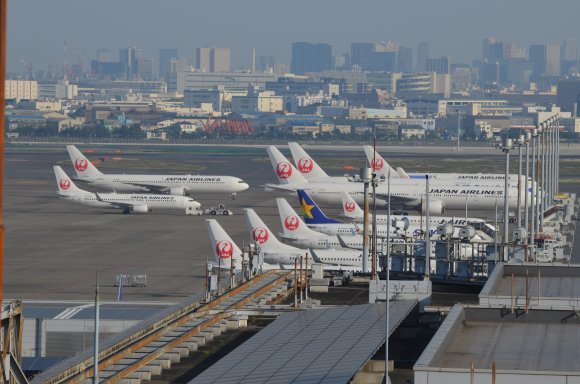 Japan Airlines (JAL) has significantly downgraded its forecast for a return of domestic air travel, conceding that it will now operate less than half of the schedule in March than it previously planned.

In a prior forecast disclosed Oct. 30, 2020, JAL had predicted domestic demand reaching in the region of 80% of prior year levels by the end of March. The carrier now expects domestic demand to be less than 30% through March. That would still be an increase on February traffic, which JAL now sees dipping below the 20% mark.

The recovery of intra-Japan flying has been severely curtailed by a December spike in coronavirus cases in the country that has proved stubborn to quell. New strains of COVID-19 first identified in the UK have been found to be circulating within the population.

JAL also sees little relief coming on the international front. COVID-19 variants found around the world in recent months have led to the re-imposition of cross-border travel restrictions. JAL has updated its international forecast accordingly. Where previously the carrier saw a recovery in international flying gathering pace through January and February, it now has demand flatlining.

However, according to JAL, subsidiary ZIPAIR is still planning the launch of Boeing 787 services on the 3,820-mi. route between Tokyo Narita (NRT) and Honolulu (HNL), Hawaii, despite the outlook for international travel.