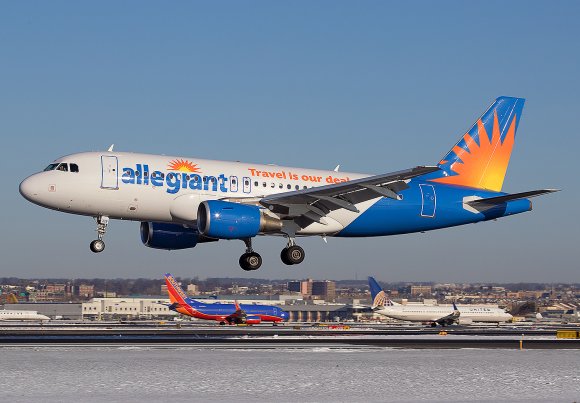 Las Vegas-based leisure carrier Allegiant Air continues to buck trends during the COVID-19 pandemic, with plans to slightly grow its first-quarter 2021 capacity versus 2019 levels even as larger operators in the US still plan significant cuts in early 2021.

Allegiant’s capacity for the full year 2020 was only down 19% year-over-year as the airline played to its leisure traveler base. For the first three months of 2021, the airline expects capacity growth of 0.5% to 5.5% compared with 2019. Allegiant CEO Maurice Gallagher noted that capacity at the majority of US airlines is projected to be down 35% or more during the same time period.

Allegiant’s daily bookings in the 2020 fourth quarter were up 93% to 2.5 million compared to the second quarter of 2020, which the company said translated to $225 million in revenue. In January, bookings  grew to roughly 3.5 million daily.

The company is not offering full year capacity guidance for 2021, but Allegiant’s management noted the airline has the ability to grow by as much as 19% during the year.

“We’re not trying to guide the full year to 19%,” Allegiant president John Redmond said. He explained Allegiant simply “has ability to get there in the back half of the year,” if demand “calls for that.”