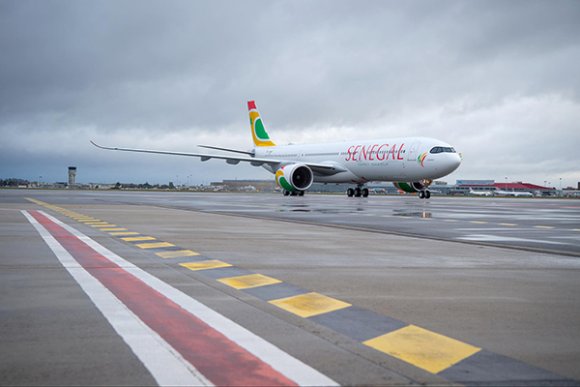 Air Senegal is set to launch service from Dakar’s Blaise Diagne International (DSS) to Barcelona (BCN) in Spain, via Casablanca (CMN) in Morocco.

The airline intends to operate the route 3X-weekly on Tuesdays, Thursdays and Sundays, with the first flight starting on Feb. 16. Airbus A319 aircraft will be used, configured with 120 seats, including 12 in business class and 108 in economy.

Neither BCN nor CMN are new destinations for the carrier, with Air Senegal currently serving DSS-BCN 2X-weekly nonstop. Direct flights between DSS and CMN also operated until October 2020. However, this will be the first time the airline has carried out a DSS-CMN-BCN-CMN-DSS routing.

“Air Senegal has chosen to experiment with this new route by configuring it in this way to support the revival of tourism through this significant tourist niche,” Air Senegal CEO Ibrahima Kane said.

“With days and flight times adapted to the needs of travelers, this link will strengthen and facilitate the connection between Southern Europe, a major tourist source market and Dakar, via Casablanca, also a major tourist destination.”

In addition to tapping into this leisure demand, the airline will also be hoping to capture VFR traffic as Barcelona is home to a significant Senegalese diaspora.

The latest schedules provided by OAG Schedules Analyser show that the Dakar-Casablanca market is currently unserved, while Vueling Airlines operates 1X-weekly nonstop between BCN and DSS.

Air Senegal’s latest route to BCN isn’t the first time the carrier has experimented with flights to the city. In December 2019, the airline began operating a DSS-BCN-Marseille (MRS)-DSS route. DSS-MRS is now served direct although plans are in place to begin DSS-MRS-Lyon (LYS)-DSS route in March.