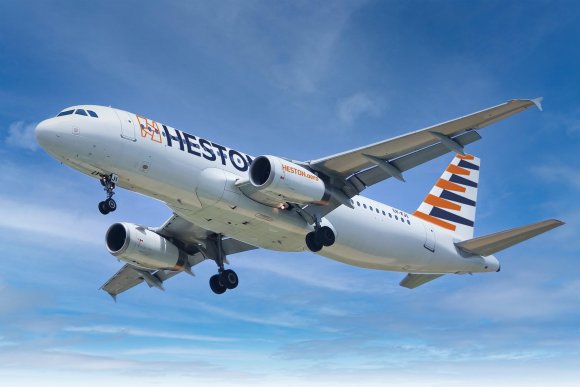 Wet-lease startup Heston Airlines, which is being created by Dublin-based lessor Genesis and narrowbody specialist Heston Aviation, has taken delivery of its first Airbus A320 ahead of a May launch.

Lithuania-headquartered Heston Airlines will be an all-Airbus A320 family operator, focusing on charter, wet- and dry-lease flying for tour operators and airlines within the Europe, Middle East and Africa (EMEA) region.

“Heston Airlines is in the process of receiving [its] AOC and plans to start its European operations with three 180-seater Airbus A320s, with plans to grow its fleet to seven aircraft by 2022,” a company spokesman told Routes on Feb. 23.

Genesis and Heston Aviation have been working on the project since March 2020. Their plans for Heston Airlines’ launch were formally announced on Feb. 23.

“Over the past 12 months, Genesis has supported the strategy and development of the airline and has just concluded on delivering the airline’s first 180-seat A320 aircraft to support the final stages of Heston Airlines application for an EASA AOC. Genesis will work with Heston Airlines to deliver additional A320 aircraft, which are planned to enter service in 2021,” the partners said.

“Entering this agreement marks a substantial moment in our long-term strategy and efforts to increase vertical integration and cost control,” Rinkauskas said.

“The possibility to leverage Genesis’ global portfolio of aircraft and unparalleled expertise will contribute to both our growth as a company, and to our ability to offer significantly better, faster, more flexible and cost-efficient services to our clients.”

Genesis is a full-service lessor with a portfolio of 73 Airbus and Boeing commercial aircraft, placed with 43 customers.