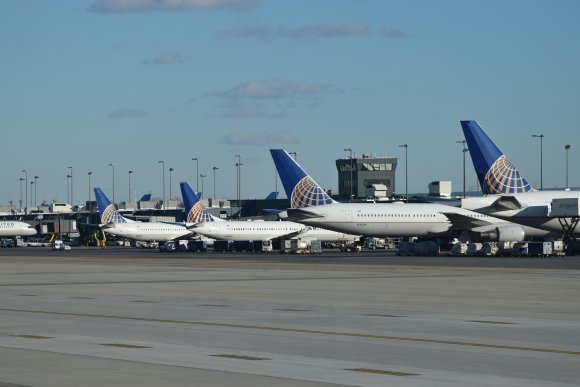 The number of flights operated by US carriers declined to the lowest level on record last year, new data from the Bureau of Transportation Statistics (BTS) shows, reflecting the devastating impact of the COVID-19 pandemic on airline networks.

US carriers’ on-time performance improved last year to a rate of 84.5%, versus 79% in 2019. Hawaiian Airlines led the pack in on-time arrivals, with an on-time rate of 87.5%, followed by Delta Air Lines and Spirit Airlines with 87.2% and 86.6%, respectively. Allegiant Air, by contrast, was the least timely carrier, with a 71.3% on-time performance.

Airline schedule cuts are expected to shrink this year as the vaccinated portion of the world’s population grows. Capacity cuts by US carriers could decrease to 25% in Q2 2021 compared to 2019 levels, according to an analysis of schedule data by Bloomberg Intelligence analyst George Ferguson. During the week ended Feb. 21, passenger throughput increased to 6.5 million weekly travelers, marking a 30% rise over the prior two weeks, Ferguson said.

While passenger airlines saw their flight activity plummet last year, cargo carriers benefited from increased demand for freight and e-commerce during the pandemic. For the full year, cargo airlines carried 1,276 thousand more tons of cargo than in 2019, marking an increase of 7%. Domestic shipments grew by 10%, while international cargo declined by 1%.