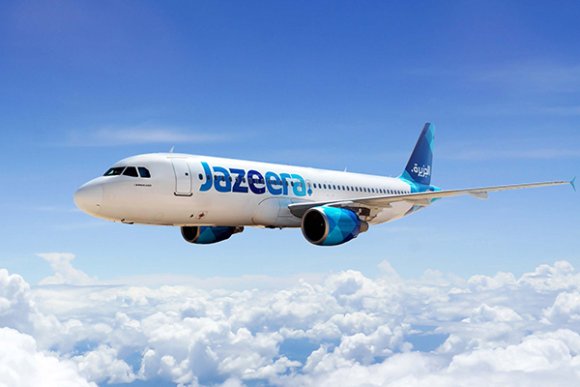 Jazeera Airways has opened reservations for its first route to East Africa, which will see the airline fly nonstop to Ethiopia’s capital Addis Ababa.

The carrier has previously only served Egypt in Africa, operating routes Cairo (CAI), Luxor (LXR) and Sohag (HMB) among others.

According to Jazeera’s booking system, flights between Kuwait International (KWI) and Addis Ababa Bole International (ADD) are scheduled to operate 2X-weekly from March 16, 2021 using Airbus A320s. Service will be on Wednesdays and Saturdays, departing KWI at 10.50 p.m. and arriving in ADD at 2.45 a.m. the following day. The return leg leaves ADD at 3.45 a.m. and arrives back in KWI at 7.30 a.m.

Data provided by OAG Schedules Analyser shows that Jazeera will compete with Ethiopian Airlines on the route, which has been the sole provider of nonstop services between the two destinations since Kuwait Airways exited the market in October 2013. Ethiopian is currently offering 2X-weekly ADD-KWI flights using Boeing 737-700 aircraft, but OAG lists that 5X-weekly services are planned during the summer 2021 season.

Sabre Market Intelligence figures show that in 2019, 75% of the traffic from Kuwait to Addis Ababa flew to destinations beyond Ethiopian’s capital. A total of 24.3% was local, with the remainder split between behind and bridge. Jazeera will likely be targeting the local traffic, in particular migrant workers.