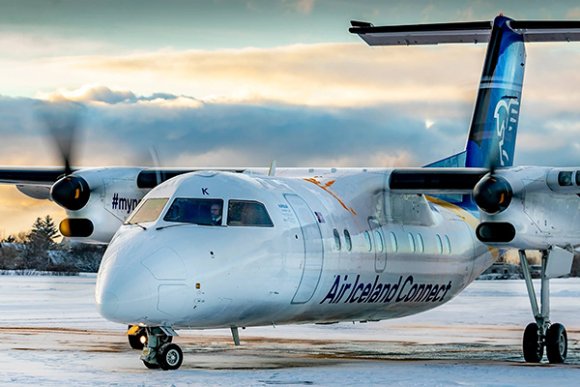 From March 16, Air Iceland Connect will disappear and all sales and marketing efforts will operate under the Icelandair brand.

Iceland’s flag-carrier said the move would help to simplify operations and ensure “a sustainable future for domestic services as well as the West Nordic region.”

“The integration of Icelandair and Air Iceland Connect is an important step that will create a stronger and more streamlined airline with more options and improved customer service,” Icelandair CEO Bogi Nils Bogason said.

“Domestic flights are crucial for Icelanders and with this step we can further strengthen our current network for all passengers with more accessibility and more competitive fares.”

A collaboration with Norlandair has also seen the airline fly to several additional destinations in Iceland, such as Bíldudalur (BIU) and Gjögur (GJR) from RKV, and Grímsey (GRY), Vopnafjörður (VPN) and Þórshöfn (THO) from AEY.

Icelandair said it plans to continue to serve the same domestic destinations as Air Iceland Connect although it is unclear whether the seasonal services with Norlandair will still be offered.

“As our domestic flights become more visible through Icelandair’s booking engines, we hope to open more of Iceland to the world with easy connections to our network in Europe and North America while increasing the number of tourist within our domestic operations,” Bogason said.