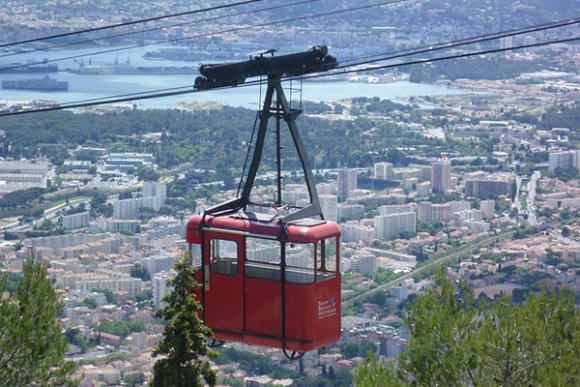 EasyJet will this summer add Toulon Hyères Airport (TLN) to its network for the first time, taking the number of destinations in France served by the carrier to 21.

Flights to Toulon, the capital of Var of the Provence-Alpes-Côte d'Azur region, will begin in June. Two routes are being launched from the airport, which is operated by VINCI Airports, that will connect the port city with London and Paris.

“The new lines to Paris and London are a fantastic opening for Var inhabitants, and will favorably support the local tourist economy’s recovery,” VINCI Concessions CEO and VINCI Airports chairman Nicolas Notebaert said.

“We are particularly proud to open the line to London Gatwick, another airport in the VINCI Airports network. The synergies within our network of platforms open up development opportunities for the territories in which we are established.”

According to data provided by OAG Schedules Analyser, TLN has been without nonstop service to London since City Jet ended its London City (LCY) route in September 2017. The airport’s other scheduled UK route—to Southampton (SOU)—was operated by Flybe but ceased in September 2019.

The latest OAG schedules show that easyJet will be the sole provider of flights between TLN and CDG although the LCC will compete indirectly with Transavia, which serves Paris Orly (ORY). Transavia is this month taking over the TLN-ORY route from parent Air France.

Separately, easyJet has also announced plans to launch a new route from Lyon-Saint Exupéry (LYS). The service to Calvi (CLY) on the island of Corsica will start on June 28, 2021. Flights will be 3X-weekly on Mondays, Fridays and Sundays until Sept. 5.