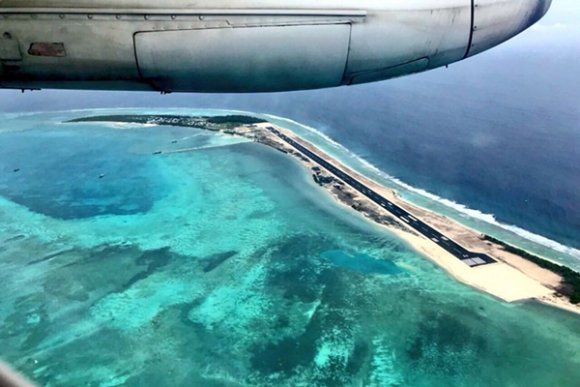 Maldivian, the national carrier of the Maldives, is to expand its operations to India as it seeks to attract more premium leisure traffic.

The airline intends to start nonstop service from Maafaru (NMF) to Mumbai (BOM) from April 13, operating 3X-weekly on Tuesdays, Fridays and Sundays.

Flights are already offered from Male (MLE) to Thiruvananthapuram (TRV) and Cochin (COK) but this will be the carrier’s first route to BOM. It also served Chennai (MAA) regularly until November 2020.

Maafaru is one of the islands of the Noonu Atoll in the Maldives. The region is home to more than 10,000 tourist beds spread across four atolls, making this new route a highly lucrative leisure market.

“Maldivian recognizes the inextricable connection between tourism and aviation, and as the country’s flag-carrier, it has set its sights on expanding its wings even further to benefit not only tourism in the north of the country, but also the economy of the entire country as a whole,” Maldivian said in a statement.

“So far this year, the Maldives has welcomed over 50,000 Indian tourists.”

Although an attractive leisure destination in normal times, the Maldives reopened to international tourists last July and has since adopted a more open border policy than many other vacation hotspots.

Tourists are required to hold a negative PCR test for COVID-19, conducted 96 hours prior the scheduled time of departure, but do not need to quarantine upon arrival.

OAG Schedules Analyser data shows that the Maldives and India are currently connected by six routes, with MLE linked to Bengaluru (BLR), BOM, COK, Delhi (DEL), Hyderabad (HYD) and TRV. The latest entrant to the market is Vistara, which began BOM-MLE flights on March 3.

Maldivian’s new route will become the only service connecting NMF with India. The airport opened in 2019 with a grant of $60 million from the United Arab Emirates’ Abu Dhabi Fund for Development. It has a 2,200-meter long runway.

Maldivian MD Mohamed Mihad said the runway’s length means that the airline can only offer short-haul flights. However, he said: “I have been informed that work on lengthening the runway will begin in July this year, and we hope to complete the work by the end of the year.

“We plan on launching flights to Eastern European countries using widebody aircrafts as soon as the work is done.”