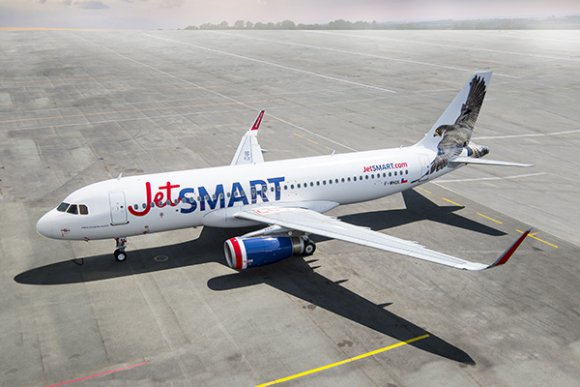 JetSMART is expanding its presence on routes between Chile and Colombia as it seeks to take market share from Avianca and LATAM Airlines Group.

Frequencies will be increased on the two routes it already operates from Santiago, while a third is also being launched from Chile’s capital later this year.

JetSMART CEO Estuardo Ortiz said the expansion would help to drive the recovery of the countries’ respective tourism industries, as well as providing more options for people to visit friends and relatives.

On JetSMART’s exiting routes to Colombia from Santiago’s Arturo Merino Benítez International (SCL), service to Bogota (BOG) will be increased from two to seven flights per week and the route to Cali (CLO) will grow from two to 5X-weekly.

In addition, the ULCC plans to offer a nonstop connection between SCL and Medellín (MDE) from July 7. The 4,426-km (2,750-mi.) route, which will operate 2X-weekly, will become MDE’s only direct service to Chile.

“Since we arrived in Colombia at the end of 2019, our commitment to increasing our market share and providing greater international connectivity to Colombians remains firm,” Ortiz said.

“Therefore, we are launching a route that directly connects Santiago with Medellín for the first time and increasing frequencies on our other routes to Colombia.

“In the current context, there are thousands of people who have been able to reunite with their families after months of closed borders and we are convinced that this will be a support in that direction.”

Hear from Estuardo Ortiz at Routes Reconnected in April.

JetSMART began flying to Colombia in December 2019 and has reportedly expressed an interest in entering the country’s domestic market in 2022.

After initially launching with two routes—SCL to BOG and CLO—the carrier added flights between its Antofagasta (ANF) base in Chile and CLO in December 2020, flying 2X-weekly.

According to data provided by Sabre Market Intelligence, O&D traffic between Santiago and Medellín totaled 45,050 two-way passengers in 2019, a rise of 12% on the previous 12 months. As there was no direct service, the top connecting market was BOG, followed by Lima (LIM).