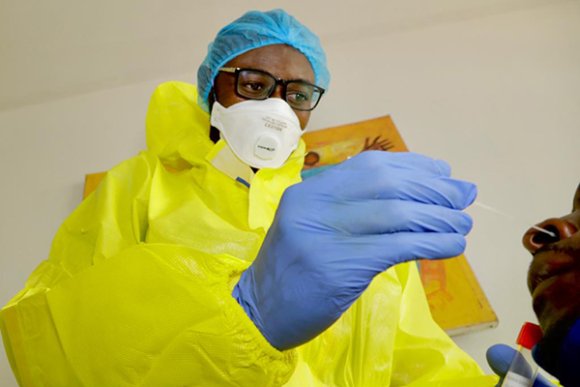 Ethiopian Airlines, EgyptAir and Kenya Airways have signed up as strategic partners for the African Union (AU) Trusted Travel (TT) program that has been ratified by 54 AU member states and aims to allow African airlines to build back their networks post-pandemic.

The TT initiative is part of an AU push to restore trade, travel, tourism and investment in the wake of the COVID-19 pandemic. The aim is to encourage cooperation between African authorities to make travel simpler.

One element of TT is the "Trusted Travel Pass," an African platform that verifies and validates COVID-19 test results and vaccination certificates, as well as providing information on entry requirements.

“Trusted Travel has already been adopted via the AU's decision-making processes by the 54 countries in Africa. 49 have provided the necessary inputs to configure their exit and entry rules into the digital platform. However, some pioneering countries like Kenya have gone further to make the system mandatory for all outbound and inbound travel. Several more countries are due to announce similar measures in coming weeks,” a PanaBIOS Consortium spokesman told Aviation Week Network.

The TT platform launched in October 2020. It was developed by the AU under a public-private partnership with PanaBIOS Consortium and Econet Group and is run by the Africa Centres for Disease Control and Prevention (Africa CDC).

Kenya was named as the first country to use the system in January 2021. Since then, the AU has been calling on other member states to follow suit. On March 17, Ethiopian Airlines announced that it had joined the Trusted Travel Pass program.

“Strategic partnerships have been formed with several major airlines, such as Kenya Airways, Asky (Togo) and EgyptAir, operating in major travel hubs like East and North Africa,” the PanaBIOS Consortium spokesman said.

He observed that the roll-out will most likely favor countries such as Ethiopia, Ghana and Kenya, which are “embedding TT in mandatory health screening standards.”