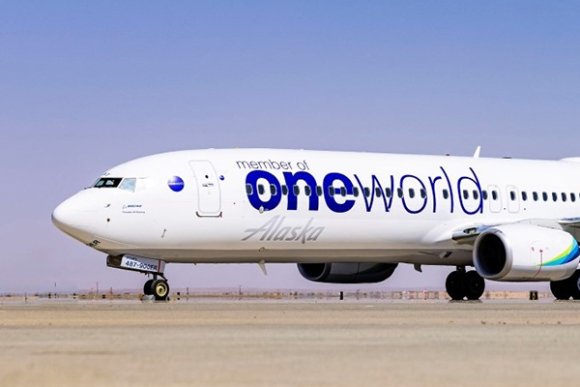 Alaska Airlines officially became the 14th member of the oneworld alliance on March 31, essentially expanding its route network from just North America to the world.

”Being a part of the alliance allows us to provide fantastic global connectivity, a seamless travel experience and more valuable loyalty offerings for our [passengers],” Alaska CEO Ben Minicucci said.

“This alliance transforms Alaska into a truly global airline, connecting our strong [US] west coast network and destinations across North America with the worldwide reach of our oneworld partners.”

Alaska already partners with American Airlines, a founding oneworld member, domestically. But joining the alliance gives the carrier and its passengers a reach they have previously not had.

Just one example of how the alliance membership changes the game for Alaska: its passengers can now book a flight itinerary via Alaska that enables them to fly on Qatar Airways’ 11,904-km (7,397-mi.) Seattle (SEA)-Doha (DOH) route, launched in January, and then connect onward to Qatar Airways' vast global network from DOH. Similarly, Alaska can now utilize the Qatar Airways 4X-weekly DOH-SEA service as a feeder to its domestic network, giving the carrier a foothold in the Middle East it previously did not have.

“With Alaska Airlines now part of oneworld, we are excited to offer to [passengers] even more destinations and flights, strengthened by Alaska’s leading network on the US west coast," oneworld CEO Rob Gurney said. "For oneworld top-tier customers, the joining of Alaska will provide even more opportunities for their status to be recognized as we look forward to a recovery in international travel.”

Alaska noted that its oneworld membership gives its passengers access to 1,000 destinations across more than 170 countries and territories. “With its membership in the alliance, Alaska will add seven new airline partners and enhance its six existing partnerships with oneworld members,” the airline said.

“As the industry recovers from COVID, airline alliances are going to be more important than ever. Alaska will be an asset to the alliance, positioning oneworld to deliver even more value to our customers and member airlines," oneworld governing board chairman and Qantas Group CEO Alan Joyce said.

“Effective [March 31], all Alaska Mileage Plan members can earn miles when they fly any of the other 13 member airlines,” Alaska said.

“Alaska has been an outstanding partner to American for nearly 40 years and we're excited to do even more together in the years to come,” American Airlines president Robert Isom said. "By connecting American's strength in long-haul international flying and Alaska's strong presence along the [US] west coast, we're building a better network for our customers than either airline could build alone.”

Alaska has become more strategic in its route offerings recently. For example, it recently announced it would cut flights from Oakland, California (OAK) to four Hawaiian airports: Honolulu (HNL), Maui (OGG), Kauai (LIH) and Kona (KOA). The carrier flies to the islands from both San Francisco (SFO) and San Jose (SJC), so it determined using aircraft to fly from a third Bay Area airport  was unnecessary, particularly with the added global connectivity oneworld gives the airline.