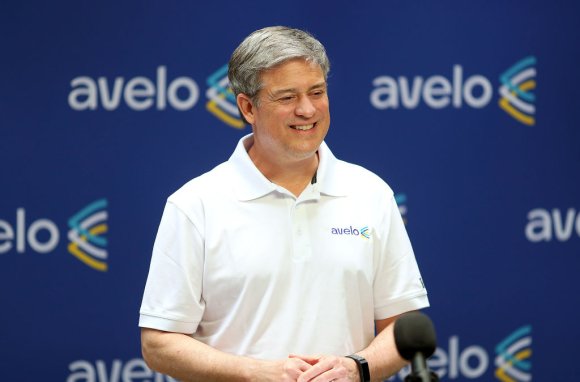 Avelo Airlines has selected Hollywood Burbank Airport (BUR) in southern California as its first base, from where it plans to serve an initial network of 11 destinations across the western US.

The startup, led by former Allegiant Air and United Airlines executive Andrew Levy (pictured), will begin operations from April 28 using three 189-seat Boeing 737-800 aircraft. Three 737-700s will be added to the LCC’s fleet by the third quarter of the year.

“After more than 20 years of steadily shrinking consumer choice, the American flying public wants and deserves more options and lower fares,” said Levy. “Our aim is to bring something new to the market.”

The airline said it has selected BUR because of the airport’s strong catchment in the Greater Los Angeles area, coupled with its proximity to some of the region’s top tourist attractions and lower cost structure for carriers.

All 11 of the routes that make up Avelo’s launch network are currently unserved for BUR. Each of the services focus on “outdoor recreation, national parks, and coastal and mountain terrain,” as well as providing air service for “an increasing population of remote workers.”

The airline’s maiden commercial flight will take place on April 28 with daily service to Santa Rosa (STS). Pasco (PSC) and Bozeman (BZN) will also launch before the end of the month.

A further eight routes will start in May, connecting BUR to the likes of Phoenix/Mesa (AZA), Grand Junction (GJT) and Eugene (EUG).

“We think it’s important to do something different,” Levy said. “Fundamental to our business strategy is offering new choices to consumers—we’re offering new airport connections.

Levy added the timing of Avelo’s launch is “terrific” given the pent-up demand that exists for leisure travel alongside a desire to visit friends and family.

“As we start to see the light at the end of the tunnel—and as the risk of travel is going down dramatically as more people get vaccinated—the opportunity to get started is terrific and we think the summer is going to be great,” he explained.

Southwest Airlines is currently the largest carrier from BUR and is this week (w/c April 5, 2021) offering 25,000 departure seats to nine destinations, data provided by OAG Schedules Analyser shows. By late May, Avelo will be offering around 9,200 weekly departure seats from BUR.