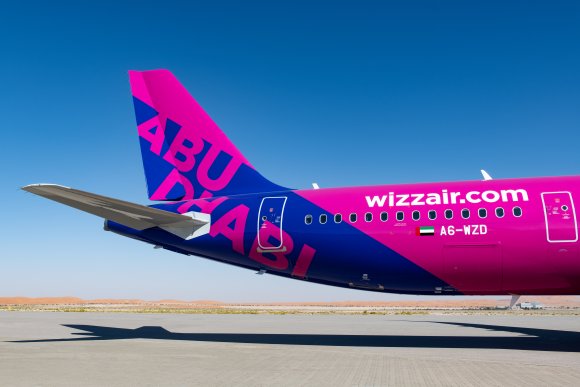 Speaking during an Airline Briefing session on April 28, van Schaik said the startup was on the hunt for new airport partners which are keen to work with the airline and grow their traffic as they recover from the effects of the pandemic.

“We are always on the search for new routes and to seek the right airport parties who want to team up with us and understand that working with this air is the right thing to do,” van Schaik said.

“We have proven it in Europe, and we will definitely prove it here where low-cost penetration is lagging behind and where the market has a growing propensity to fly.”

Wizz Air Abu Dhabi, a joint venture between the Hungarian airline and Abu Dhabi state holding company ADQ, began commercial operations on Jan. 15, 2021 with flights from Abu Dhabi International (AUH) to Athens (ATH). Since then, the ULCC’s network has grown to 10 destinations, including the likes of Alexandria’s Borg Al Arab International (HBE) in Egypt, Larnaca (LCA) in Cyprus and Nur-Sultan (NQZ) in Kazakhstan.

A route to Tel Aviv (TLV) in Israel launched on April 18, with flights to Belgrade (BEG) in Serbia, and Sohag (HMB) and Luxor (LXR) in Egypt starting in the coming weeks.

“This nicely tunes in with the strategy of Abu Dhabi to diversity its economy and stimulate inbound tourism, as well as increasing overall connectivity through its hub.”

Wizz Air Abu Dhabi has a fleet of four Airbus A321neos, which can fly nonstop to destinations of up to 8 hours flight time. Van Schaik claimed this puts about 5 billion people within the catchment area from Abu Dhabi.