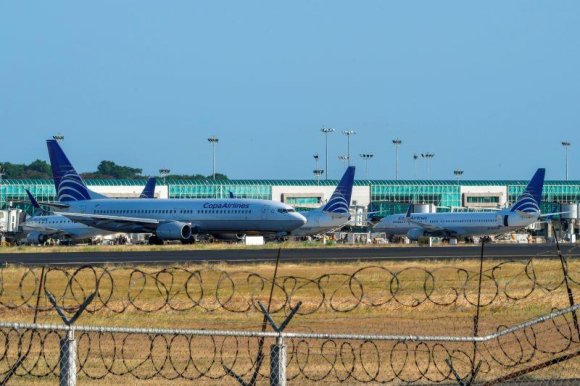 Copa Airlines plans to return to a "six bank" operating structure at its Panama City Tocumen (PTY) hub in June in an effort to drive greater efficiencies as the Panamanian airline continues to face an uneven recovery from the COVID-19 pandemic.

The airline had been flying six flight banks per day from PTY since 2011, but it is currently operating only four because of the COVID-19 crisis. But Copa CEO Pedro Heilbron recently told analysts and investors that while the increase in banks will not necessarily lead to growth, “it will drive a better schedule and a better location of aircraft for the remainder of the year.”

Copa plans to operate to more than 60 destinations by the end of the second quarter compared with 80 destinations pre-pandemic, Heilbron said.

Even with the increase in flight banks, Copa continues to face uncertainty in its recovery. In Panama, the US and other countries, there is a downward trend in COVID-19 infection rates, Heilbron noted. But several countries in Latin America are still struggling with the virus, leading to the re-imposition of travel restrictions and new health requirements.

Heilbron said that in markets such as Argentina, Chile, Venezuela and others, Copa is limited to operating a few frequencies per week, compared with a few per day pre-crisis. “That’s impacting demand,” he said.

During the second quarter, Copa projects deploying 45% of its 2019 capacity after reaching 39% of the capacity it deployed two years ago in the first quarter of this year.

The airline ended the quarter with 68 737-800s and 13 Max 9s. But Montero said 16 -800s will remain in temporary storage “until demand trends call for additional capacity.” After taking delivery of two Max 9s in the fourth quarter, Copa will end the year with total fleet of 83 aircraft.

Copa posted a first-quarter net loss of $110.7 million compared with a profit of $74 million in the first quarter of 2020.