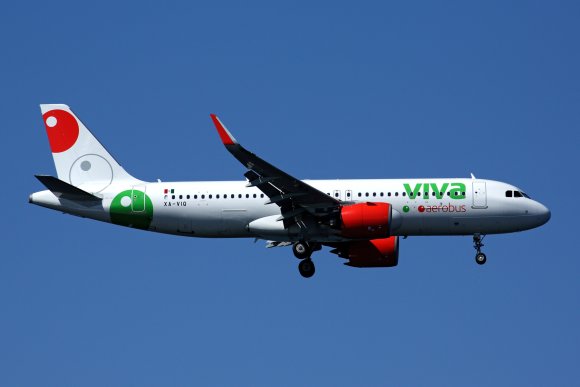 Viva Aerobus is expanding the number of travel options between Mexico and the US with the launch of four new transborder routes.

Two of the nonstop services are to new destination Austin-Bergstrom International (AUS), connecting the Texas airport with Mexico City (MEX) and Monterrey (MTY).

MEX-AUS will be seasonal from June 20 through Oct. 25, while MTY-AUS will operate year-round from June 19. Both routes will be served 2X-weekly using Airbus A320 aircraft.

“We look forward to providing a convenient and easy connection between these important destinations, linking our business sectors, bringing closer our Hispanic communities and a great leisure offer for our tourists,” Viva Aerobus CEO Juan Carlos Zuazua said.

On the route between MEX and AUS, the ULCC will compete with Aeromexico, which is relaunching daily flights from July 1 using Embraer 190s. MTY-AUS is currently unserved.

Data provided by OAG Schedules Analyser shows Viva Aerobus is also set to launch two more Mexico-US routes in the coming weeks—both of which are from the vacation resort Cancun (CUN).

The expansion increases the number of destinations Viva Aerobus flies to in the US from Cancun to four alongside Cincinnati Northern Kentucky (CVG) and Nashville (BNA).

The planned launch of Viva Aerobus’ new US routes come less than two months after the carrier announced the start of flights from Bajío International (BJX), which serves the cities of León and Guanajuato, to IAH and SAT.

On May 29, the airline is also opening a seasonal link between the leisure resort of Los Cabos (SJD) and CVG. Service will be 1X-weekly through Aug. 28.

The airline is currently the second largest Mexican carrier on transborder US routes by capacity behind fellow ULCC Volaris.