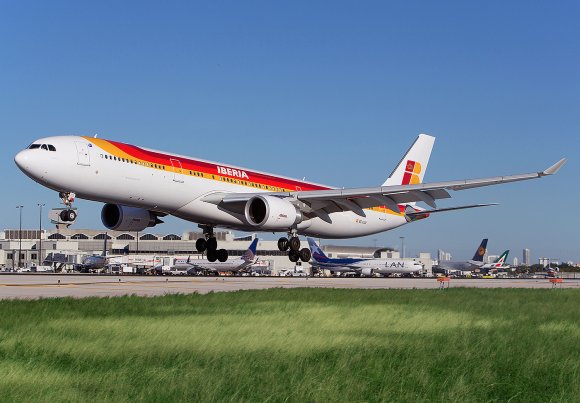 Spain’s decision to reopen its borders to travelers who have been fully vaccinated against COVID-19 has prompted flag-carrier Iberia to ramp up its Latin America flying program.

The airline resumed flights from Madrid ({{MAD}) to Guayaquil (GYE) in Ecuador in May and from July will restore service from the Spanish capital to Cali (CLO) in Colombia and San Juan (SJU) in Puerto Rico.

Additionally, Iberia intends to increase flight frequencies on a string of other routes between Spain and destinations in Latin America from July onwards. Service from MAD to Mexico City (MEX) will grow from 10X-weekly to 12X-weekly in July and August, rising to 14X-weekly in September.

Ecuador’s capital Quito (UIO) will receive an extra weekly flight, taking it to 6X-weekly in July and August, while Montevideo (MVD) in Uruguay will grow from 3X-weekly to 5X-weekly in September.

Iberia said Caracas (CCS) in Venezuela remains closed to scheduled flights for the time being, but a special return service from MAD is planned for June 14.

Overall, the International Airlines Group-owned carrier expects to operate about 90 flights per week to destinations in Latin America from July, serving 18 airports in 16 countries.

“This year marks the 75th anniversary of Iberia’s first flight to Latin America and nothing would make us happier than to resume full service to this this market,” Iberia Latin America sales manager Víctor Moneo said.

“This summer is a real turning point, and we intend to re-enter this market with all our strength.”

Analysis of data provided by OAG Schedules Analyser shows that Iberia plans to offer about 56,400 two-way Spain-Latin America seats during w/c July 26, 2021. This compares with about 89,000 during the same week in 2019.