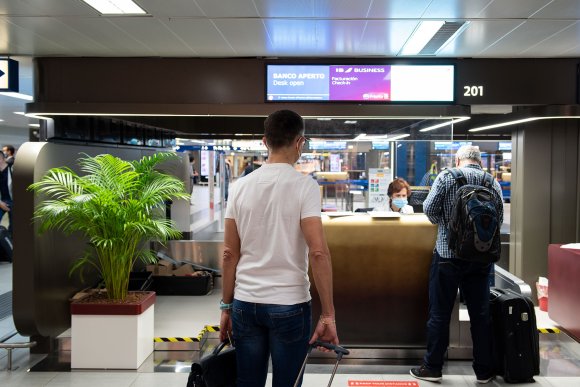 The redevelopment of Milan Linate’s (LIN) terminal building has been officially completed, two years after work began on the project.

The program has included demolishing the old part of the single-storey terminal to construct a new three-level building totaling 10,000 m2.

The airport’s boarding halls have also been expanded, check-in areas  redesigned, and a "faceboarding" biometric boarding system has been installed.

Additionally, renovation to LIN’s runway has been carried out, with the workbeing undertaken during summer 2019 when the airport closed for three months.

The overall cost of the redevelopment work has amounted to about €40 million ($49 million).

Completion of the infrastructure upgrade comes as SEA Group, which manages Linate, is targeting a rebound in traffic this summer after being hampered by travel restrictions in 2020 and during the first half of this year.

Positive signs have emerged in recent weeks with Spanish carrier Volotea begining operations from the airport in late May. The LCC’s inaugural route from LIN started on May 28, connecting the airport with Catania (CTA) in Sicily. Service will initially be 5X-weekly, rising to 1X-daily from June 17.

Flights to the Mediterranean islands of Lampedusa (LMP) and Pantelleria (PNL) also commenced on June 5, while service to Brindisi (BDS) begins on July 3 and Lamezia Terme (SUF) starts a day later.

Other new routes from Linate this summer include easyJet’s flights to CTA and Palermo (PMO), which begin on June 11 and will each be 2X-daily from July, and Blue Air’s route from Cluj-Napoca (CLJ). The latter service started on June 2 and will operate twice a week.