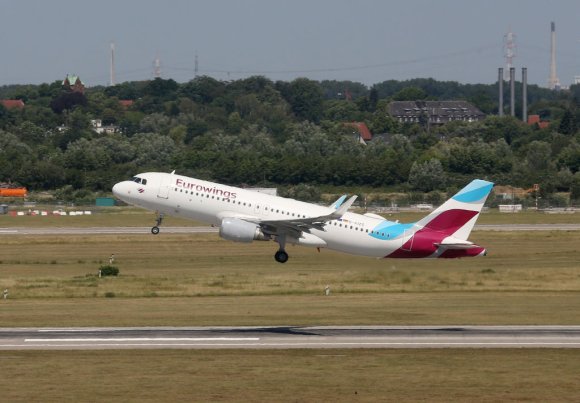 Lufthansa subsidiary Eurowings is pushing ahead with plans to launch flights to Krasnodar, which will become the LCC’s first destination in Russia.

The airline originally planned to begin Dusseldorf (DUS)-Krasnodar (KRR) service on July 19 but has brought the launch forward to July 2. A second route to Russia begins a day later, linking DUS with Yekaterinburg (SVX).

The DUS-KRR route will initially operate once a week on Fridays, with a second weekly frequency on Mondays starting July 19. Service will be onboard Airbus A320s with a flight time of about 3 hours 10 minutes.

The last time Dusseldorf and Krasnodar were linked nonstop was in September 2015 when now-defunct Russian carrier Orenair served the market. KRR has been without scheduled flights to Germany since April 2020 when Azimuth Airlines halted its Munich (MUC) route because of the pandemic.

Eurowings will mainly be targeting VFR traffic on the new DUS-KRR route. Figures provided Sabre Market Intelligence show that O&D traffic between Dusseldorf and Krasnodar totaled 12,581 two-way passengers in 2019—a rise of 17% on the previous 12 months. All passengers traveled indirect, with Moscow Sheremetyevo (SVO) the largest one-stop market.