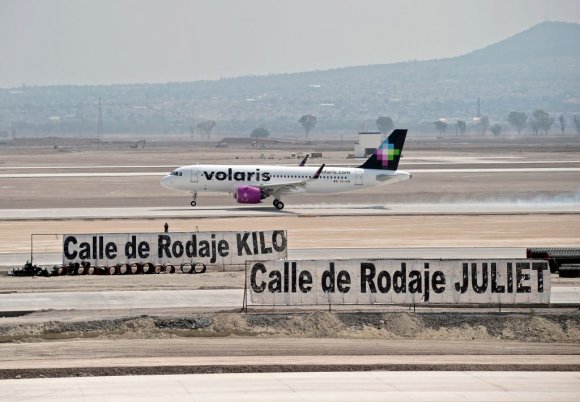 In the second quarter of 2021 Volaris’ capacity was 14% higher than the same period in 2019, while its revenue jumped 38% in comparison.

Demand for both US transborder and domestic travel was strong in the second quarter, according to Volaris EVP Airline Commercial and Operations Holger Blankenstein during a July 16 earnings discussion. Load factors on transborder flights were 90%, and 85% on domestic flights. The airline’s domestic traffic increased by 16% compared with 2019 and international traffic grew by 6.4%.

Volaris expects its capacity to increase 20% to 22% versus the same period in 2019 during the 2021 third quarter (Q3), and Blankenstein stated that the airline continues to see strong sales for the short term, which is the summer high season.

Bookings for September and the 2021 fourth quarter (Q4) are still somewhat lower than 2019, Blankenstein explained. Even so, he noted that “we have seen a positive recovery lately, helped by promotions that were launched to incentivize demand in those periods. Looking forward, we are encouraged by the current booking curve and the fare levels.”

The airline has benefited from both the grounding of Mexican LCC Interjet and Aeromexico’s restructuring through Chapter 11. Previously, Volaris CEO Enrique Beltranena said there has been more than a 30% reduction in Mexico’s overall fleet.

But there is some capacity being added in the market by both Aeromexico and the country’s other ULCC Viva Aerobus. “We are foreseeing in the next months capacity growth in the market of around 45 aircraft as a whole,” Beltranena told analysts and investors. “So, the market is coming back into an equilibrium between strong demand in the Mexican domestic market and transborder [market], but also capacity is coming back.”

The company plans to launch its latest franchise, Volaris El Salvador, late in Q3. Blankenstein said El Salvador was the biggest Central American VFR market to the US.

In May, the FAA formally announced its downgrade of Mexico under the International Aviation Safety Assessment (IASA) to Category 2 following an audit completed earlier in 2021.

The FAA decision prevents Mexican carriers from adding frequencies and routes beyond what has been approved. The decision also prevents equipment changes, such as swapping in larger aircraft.

The move does not appear to be significantly affecting Volaris. “We today, do not have any limitation to operate what we have planned for the next 12 months into the U.S.,” Beltranena explained.