US carrier American Airlines plans to acquire a minority stake in Chile’s JetSMART as part of an agreement designed to “create the broadest network” in the Americas.

The Dallas-Fort Worth-based airline has not disclosed the size of the investment, but said the deal would allow both carriers to “grow aggressively and profitably across Latin America as demand recovers, while preserving the best aspects of each carrier’s business model.”

JetSMART, founded by private equity firm Indigo Partners, is based in Santiago and has a subsidiary in Argentina. The ULCC operates a fleet of Airbus A320 aircraft offering short-haul domestic and international service to 33 destinations throughout South America.

American, meanwhile, serves 17 destinations in South America from its US hubs in Dallas-Fort Worth (DFW), Miami (MIA) and New York (JFK). Through the two airlines’ codeshare, the carriers said customers would be able to “travel seamlessly throughout the Americas.”

“This proposed investment in JetSMART would give customers access to the largest network, lowest fares and best travel loyalty program in the Americas,” said Vasu Raja, American’s chief revenue officer.

Estuardo Ortiz, CEO of JetSMART, added: “By connecting and growing our respective networks, and maintaining our distinct business models, we see a compelling value proposition.

“When completed, this proposed partnership would accelerate JetSMART’s path to becoming the leading South American low-cost carrier while expanding service for American’s customers.”

As part of the proposed deal, which will require governmental and regulatory approvals, American would take a minority ownership stake In JetSMART and jointly commit with Indigo Partners to provide additional capital to fund “potential future opportunities in the region.”

“American can strengthen and grow its South American network through this proposed partnership to attract more travelers in more markets,” the oneworld member added. 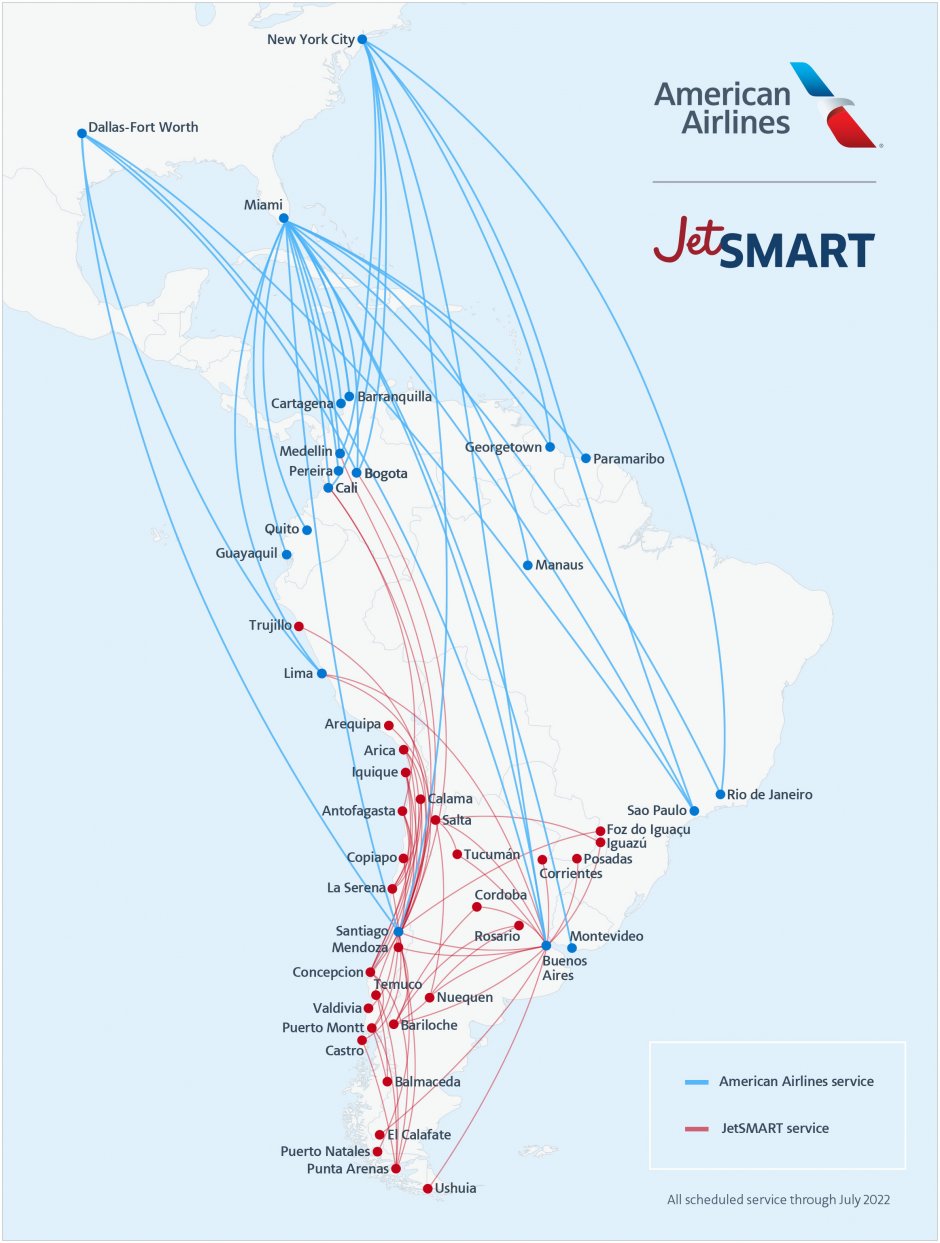