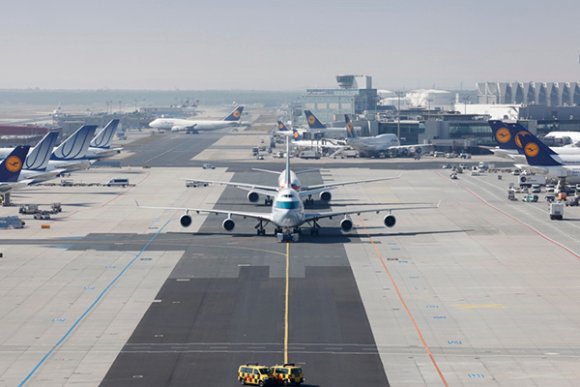 The European Commission’s decision to set the threshold for slot usage at 50% for the winter travel season has predictably brought a split opinion between airline and airport groups.

For the current summer season, the EU allowed carriers to return up to half their slots, while still retaining rights to use them in the future. A force majeure clause was introduced in case of travel bans or other traffic-limiting measures.

This 50% threshold will be maintained for the winter season—but the hand-back option has been removed and so has the force-majeure clause for intra-EU flights.

The decision has attracted ire from airline groups, with IATA labeling the move as “out of touch with reality.” The organization argued that the EC had “ignored the advice and evidence” presented the airline industry, which had made the case for a much lower threshold, claiming that estimates passenger traffic this winter would return to 70% of pre-pandemic levels were overly optimistic.

In typically blunt fashion, IATA director general Willie Walsh slammed regulators for missing an “open goal to use the slots regulation to promote a sustainable recovery,” saying the decision shows “contempt for the industry.”

On the other side of the coin, ACI Europe praised the EC for what it regards as “cautious optimism.” Director general Olivier Jankovec said the threshold could have been even higher than 50% but reasoned that it was a “pragmatic and proportionate” response.

“A gradual return to slot usage rules, following much needed temporary relief in a time of crisis, is now appropriate,” he said. ACI expects a further increase in summer 2022 ahead of a full recovery of 80/20 by the time the winter 2022/23 season comes around.

For some LCCs, however, the 50% threshold does not go far enough. The likes of Ryanair and Wizz Air continue to push for a full return to the standard “use it or lose it” rules, accusing incumbent carriers of slot blocking.

Ryanair Group CEO Michael O’Leary alleged that Alitalia and TAP Air Portugal are sitting on slots that “everybody knows they won’t use in the future,” while Wizz COO George Michalopoulos recently went as far as saying the slot waiver was another form of state aid.

The strong and divisive reaction to the EC's latest decision highlights the challenge involved in balancing the interests of all stakeholders.

While network carriers want to avoid "ghost flights" and putting too much capacity into the market, particularly given the slower recovery of long-haul routes and business travel, opportunistic low-cost rivals are eager to expand. Airports, meanwhile, simply need footfall to maintain viable operations.

The fact that no party seems fully happy with 50% threshold suggests a reasonable compromise has been reached by the EC.

Despite this, European regulators would be wise to take a flexible approach over the coming months should new COVID-19 variants cause border closures and further dampen passenger demand.

After all, forcing airlines to operate empty aircraft simply to protect their slots would fly squarely in the face of the EC's recently released "Fit for 55" policy, aimed at reducing carbon emissions by 55% compared to the 1990s in the next nine years.

Looking longer term, however, calls to overhaul the 28-year-old EU slot system will inevitably persist. Jankovec said ensuring mechanisms that guarantee the optimal use of airport capacity are fit for purpose should be “the highest of priorities” as the industry recovers, urging a “root-and-branch review.”

While the pandemic has delayed some of the immediate constraints caused by increased congestion, structural factors that previously impinged on growth will return in time. The debate over how Europe can make the best use of available, but scarce, capacity should therefore go on.

Has the EC made the right decision this winter? Share your thoughts in our latest LinkedIn poll.