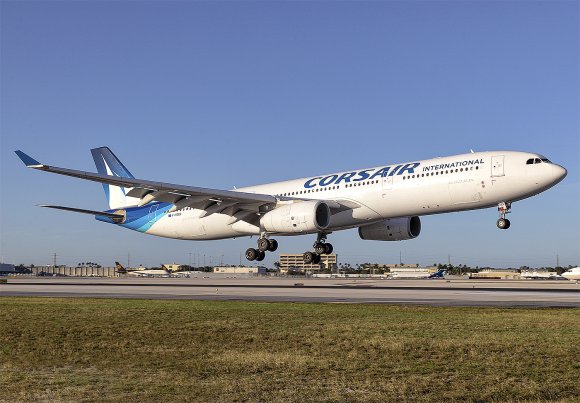 French airline Corsair is expanding its operations to Guadeloupe this winter with a new nonstop route from Bordeaux (BOD). From Dec. 19, Corsair will serve Pointe-à-Pitre (PTP) once a week on Sundays.

The launch of the route forms part of a wider expansion in the Caribbean as the carrier targets leisure travelers seeking a warm weather vacation.

In addition to Corsair’s existing services from Paris Orly (ORY) to PTP and Fort de France (FDF) in Martinique, new connections are being added from Nantes (NTE) and Lyon (LYS). Service from LYS to PTP will launch on Dec. 16, while an NTE-FDF route starts a day later. Both will be operated once a week.

“Corsair is once again showing its desire to diversify its services to overseas territories in order to offer more choices to its customers, contribute to tourism development,” Corsair CEO Pascal de Izaguirre said.

Data provided by OAG Schedules Analyser shows the Bordeaux-Guadeloupe market is currently unserved nonstop. O&D traffic between the destinations totaled 12,251 two-way passengers, down by 15% on the previous 12 months. All traffic was indirect, with the majority of passengers flying via ORY.

As well as launching the new routes from BOD, LYS and NTE, OAG data shows that Corsair is also planning to begin flying between Paris Orly and Punta Cana (PUJ) in the Dominican Republic. Flights will be 2X-weekly from Dec. 11. The airline last served the route in April 2014.