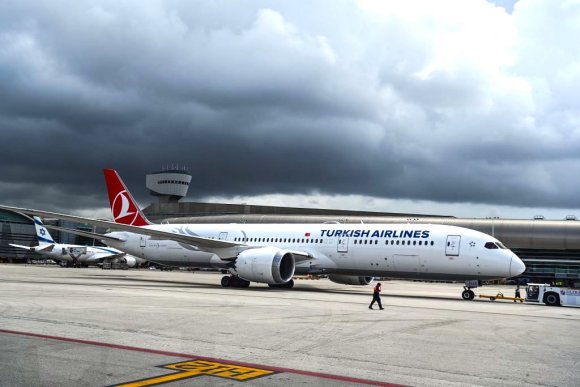 Turkish Airlines has opened reservations for a new nonstop service to the US, scheduling flights between its Istanbul (IST) hub and Dallas-Fort Worth (DFW).

The airport will become the eleventh point in America served by the carrier—two more than before the pandemic.

The Star Alliance member’s booking system shows that flights will be operated four times per week from Sept. 24 using a 300-seat Boeing 787-9 aircraft.

Turkish Airlines indicated in June it planned to begin flying to Dallas—as well as Denver (DEN)—but said that the start date and schedule would be “based on market conditions.”

For the week commencing Aug. 2, the airline is offering 98 weekly frequencies to the US and 63,686 two-way seats, according to data provided by OAG Schedules Analyser. This compares with 75 weekly flights and 48,808 seats during the same week in 2019.

Turkish Airlines began flying to Newark in May, becoming its second New York gateway. Service is currently 1X-daily, while 19X-weekly flights are available to JFK.

The airline’s new route to Dallas will compete for traffic with Gulf carriers Emirates and Qatar Airways, as well as British Airways. Given DFW is a hub for oneworld member American Airlines, Turkish Airlines’ connectivity there is likely to be limited.

As well as expanding in North America, in late July Turkish Airlines announced it was exploring the possibility of opening a new route to the Philippines. The carrier said it has decided to start operating scheduled flights to Cebu (CEB), the host of Routes Asia 2019. Should flights begin, Cebu would become the second point in the Philippines served by the Star Alliance member alongside Manila (MNL).