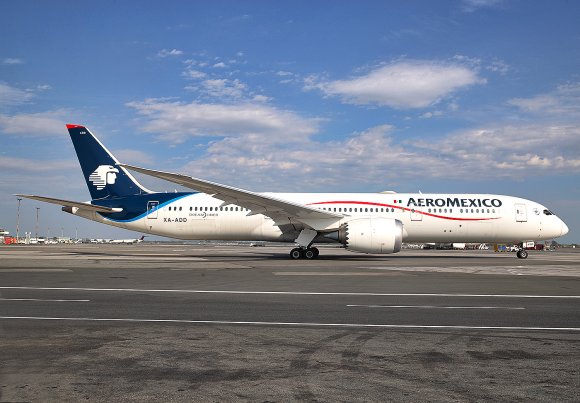 Aeromexico has revealed plans to begin nonstop service between Monterrey and Madrid from December, which will become its third route to Spain’s capital.

The SkyTeam alliance member already operates flights from Mexico City (MEX) to Madrid (MAD)—a route it has served for the past 63 years—and earlier this week confirmed that service would also begin from Guadalajara’s Miguel Hidalgo y Costilla International Airport (GDL).

Now, the airline has announced the launch of a Monterrey (MTY)-MAD route from Dec. 16—a day after the GDL-MAD launch. Flights will operate three times per week using Boeing 787 aircraft.

The route will become the sole nonstop connection to Europe from Monterrey, the capital of the northeastern Mexican state of Nuevo León.

Roberto Russildi Montellano, Nuevo León’s secretary for the economy and labor, said there are more than 4,000 companies based in the state, many of which do business in Europe, Asia and the US. He explained that the new route to Madrid would benefit business travelers, encourage inward investment and stimulate leisure traffic.

Aeromexico executive VP of legal and institutional relations Sergio Allard added: “Monterrey is one of our main hubs and, with this announcement, we will have around 100 weekly flights to this destination. Connecting Monterrey with Europe improves connectivity for passengers and cargo.”

Once the routes to Madrid from Guadalajara and Monterrey launch, the airline will be operating more than 20 flights per week to the Spanish capital, offering about 13,300 weekly seats.

Data provided by OAG Schedules Analyser shows that Aeromexico currently provides about 15,700 weekly departure seats from MTY, all of which are on services to Mexico City.