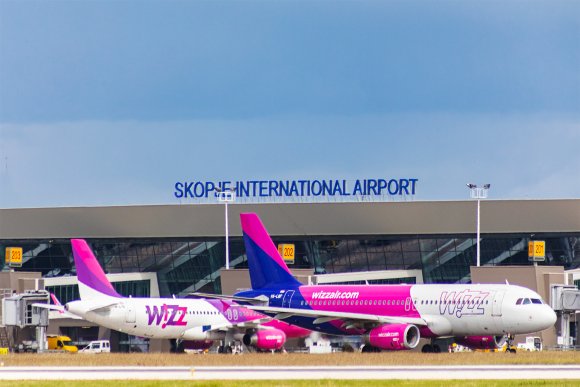 Hungary’s Wizz Air is growing its operations from North Macedonia’s capital Skopje (SKP) with the launch of three new routes to destinations in Denmark and Italy.

The services are being added thanks to the allocation of a fifth aircraft to the ULCC’s base at SKP.

The first route will launch on Dec. 18, connecting Skopje with Turin (TRN). Flights to Billund (BLL) and Bologna (BLQ) will start a day later and all three routes will be served twice a week.

In addition, Wizz will commence service from Ohrid (OHD) in North Macedonia to Friedrichshafen (FDH) in southern Germany on Dec. 18. The route will again be served 2X-weekly.

“With the new services from Skopje to Bologna, Turin and to Billund, and from Ohrid to Friedrichshafen Wizz Air is offering even more diversity in terms of destinations to Macedonians,” Wizz corporate communications manager Paulina Gosk said.

According to data provided by OAG Schedules Analyser, Wizz currently serves 28 destinations from Skopje, providing 70X-weekly flights and more than 14,500 departure seats. This compares with around 19,000 weekly seats during the same week two years ago.

From Ohrid, the carrier flies to five destinations in Europe, offering 11 departures per week and around 2,100 seats.

Overall, Wizz is the largest airline in North Macedonia’s market with a 59% share of all departure seats. Turkish Airlines is second with a 11.9% share, followed by Austrian Airlines with 7.4%.