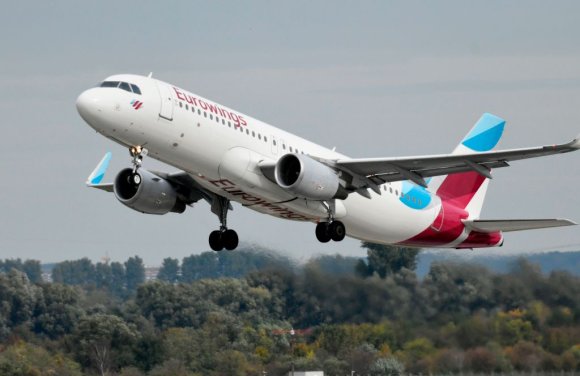 Flights from Dusseldorf International (DUS) to Kyiv Borispol (KBP) took off for the first time on Sept. 1. The route will be operated three times per week on Mondays, Wednesdays and Fridays using Airbus A320s.

“After 30 years of successful operation of Lufthansa and Austrian Airlines flights to Kyiv, today Eurowings enters the market and offers our travelers from Kyiv even more opportunities to connect worldwide,” said Karsten Zang, Eurowings general manager of sales for Ukraine, Belarus, Turkmenistan and the South Caucasus.

Prior to the pandemic, Ukraine International Airlines also provided daily DUS-KBP flights, but the route has remained suspended since the onset of the COVID-19 crisis.

O&D traffic between Dusseldorf and Kyiv totaled almost 70,000 two-way passengers in 2019 and was the eighth-largest Germany-Ukraine city-pair during the year.

The new Kyiv route is the 11th launched from Dusseldorf by Eurowings since the start of July. Other new destinations from the airport include Krasnodar (KRR), Tbilisi (TBS) and Yekaterinburg (SVX).