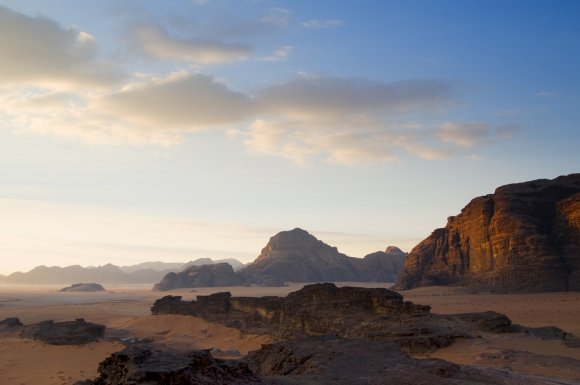 UK carrier easyJet is opening a new route to Jordan from Manchester Airport (MAN) this winter as it hopes to attract warm-weather leisure traffic. Flights to King Hussein Aqaba Airport (AQJ) in Aqaba will begin on Dec. 6, operating twice a week on Mondays and Fridays.

Aqaba is a port city on the Red Sea’s Gulf of Aqab. The destination is known for its beach resorts that are popular for diving, windsurfing and other water sports. Tourists to Aqaba can also visit the ancient city of Petra, located about 120 km away, and Wadi Rum (pictured), a valley cut into the sandstone and granite rock in southern Jordan.

Once easyJet begins service, the 3,999-km route will become the only scheduled nonstop connection between Manchester in the north of England and Jordan. Although O&D traffic between Manchester and Aqaba was just 204 two-way passengers in 2019, the carrier will aim to stimulate demand with low fares and direct service.

“This new route will prove popular for customers wishing to get away for some winter sun and further strengthens our Manchester international network,” easyJet UK country manager Ali Gayward said.

EasyJet also intends to offer two flights per week to Aqaba from London Gatwick (LGW) in the UK starting on Nov. 2, OAG Schedules Analyser data shows. The LCC began serving LGW-AQJ in November 2018, providing seasonal flights during the 2018/19 and 2019/20 winter seasons. However, the route has been suspended since the onset of the pandemic.