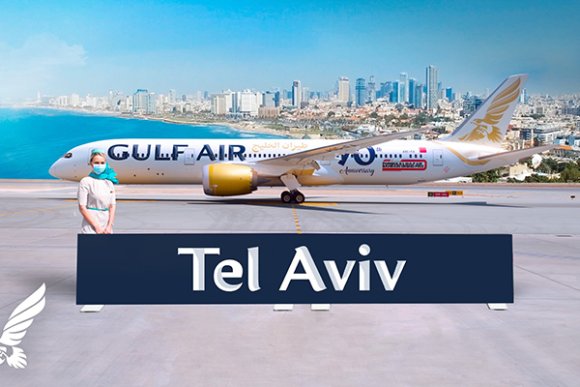 Bahrain’s Gulf Air plans to launch its inaugural route to Israel before the end of the month—almost a year after the two countries formally established diplomatic relations.

“As the national carrier of the Kingdom of Bahrain, we take great pride in supporting our leadership and Kingdom in their role of preserving peace and prosperity in the region,” Gulf Air acting CEO Waleed AlAlawi said. “We hope this is merely the beginning of developing further opportunities.”

Israel and Bahrain formally established diplomatic ties in October 2020 in a deal brokered by the US. The agreement came shortly after the United Arab Emirates also normalized relations with Israel.

Israel’s foreign minister Yair Lapid described the recent appointments as “another step towards true peace in the Middle East.”

Data provided by OAG Schedules Analyser shows that Gulf Air’s flights will depart Bahrain’s capital Manama at 9 a.m. and arrive in Tel Aviv at 11.50 a.m. The return service leaves the Israeli city at 3.20 p.m. before arriving back in Bahrain at 5.55 p.m.

The planned launch comes nine months after Gulf Air signed a memorandum of understanding (MOU) with El Al Israel Airlines that “sets the foundation” to discuss potential joint codeshare operations on BAH-TLV flights, as well as on the respective carriers’ wider networks.

The MOU also contains plans for greater commercial cooperation in the fields of loyalty, cargo, engineering and travel technology.

Gulf Air currently serves 41 destinations from BAH, offering about 43,000 weekly seats from the airport. This compares with 49 destinations and 82,000 seats during the same week in 2019. Recent route resumptions include Moscow Domodedovo (DME) and Buraidah (ELQ).