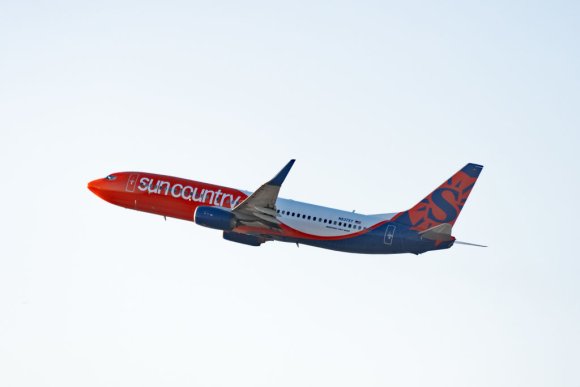 Sun Country Airlines CEO Jude Bricker said the airline sees a big opportunity in its home market of Minneapolis (MSP) after other airlines scaled back service in the market because of the COVID-19 pandemic.

"Airlines cut back really dramatically [at MSP] in particular—more so than their system [cuts] overall," Bricker told a Cowen & Co. investor conference. "I think we can hold on to that [increased] market share [at MSP] through the recovery."

The MSP market is dominated by VFR traffic, Bricker added. "That means [Sun Country's goal is] connecting Minnesota to basically every market in the US that can support at least twice weekly service" during peak periods, notably the summer period when MSP-region residents generally stay home, attracting inbound VFR passengers.

"This summer we added Indianapolis (IND), Cincinnati (CVG) and Raleigh-Durham (RDU) [from MSP]. Those are the kinds of markets that you're going to see us grow in the summer," Bricker said.

The airline will support its growth by adding up to 16 aircraft through 2023 to its existing fleet of 34 passenger-configured models, for a total fleet size of 62, including 12 freighters.

"We're experiencing some demand weakness on our scheduled [passenger] business like everybody else, but we've just been able to replace that with performance in our charter and cargo businesses," Bricker said.

The airline' s charter and cargo operations generated 20% and 16%, respectively, of total 2021 first half revenue. Cargo flying consists of 12 Boeing 737-800 converted freighters contracted for Amazon. The company has no plans to grow cargo "in the next year," Bricker said.