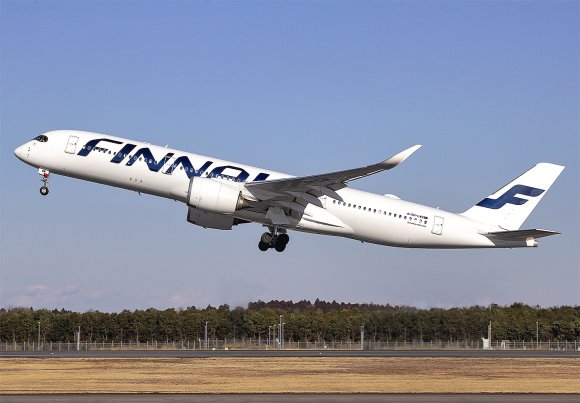 Finnair is adding frequencies and destinations in its network to Europe, Asia and North America during the upcoming winter season, including launching two new US routes from Stockholm Arlanda (ARN).

The oneworld alliance member announced in July plans to begin long-haul flying from Sweden’s capital from October, offering service to Bangkok Suvarnabhumi (BKK) and Phuket (HKT) in Thailand, as well as Miami (MIA) in the US. Now, the airline is opening two more routes to the US, connecting ARN with Los Angeles (LAX) and New York John F Kennedy (JFK).

Finnair’s booking system currently shows that flights to Los Angeles will start on Nov. 3, operating three times per week. Service to JFK begins on Dec. 7 and will operate four times a week. Both routes will use Airbus A350-900s.

Flights from ARN to LAX will operate on Tuesdays, Fridays and Sundays, departing at 2.15 p.m. and arriving in Los Angeles at 5.15 p.m. The return service departs at 8.05 p.m. on Mondays, Wednesdays and Saturdays and arrives back in Sweden at 3.40 p.m. the following day.

The latest schedules filed with OAG show that Finland’s flag-carrier will face competition with SAS Scandinavian Airlines in the Stockholm-New York market. SAS resumed a 3X-weekly Arlanda-Newark (EWR) service on Sept. 2 after a near 18-month hiatus because of the pandemic. United Airlines’ suspended EWR-ARN service is also listed to restart in May 2022.

However, Finnair will become the only operator of nonstop flights between Stockholm and Los Angeles. In recent years, SAS and Norwegian have each offered direct routes, but Norwegian last served the market in October 2019 and has since withdrawn from transatlantic operations, while SAS switched its LAX service from ARN to Copenhagen (CPH) in January 2020.

Elsewhere, Finnair has confirmed plans to reinstate Helsinki (HEL)-Osaka Kansai (KIX) from Oct. 1, initially operating 3X-weekly, while Nagoya (NGO) will return to the airline’s network from Feb. 1, 2022. The Japanese routes are in addition to the carrier’s existing daily flights to Tokyo Narita (NRT).

From Helsinki, Finnair also intends to extend its Chicago O’Hare (ORD) summer service throughout the winter season. OAG data shows frequencies will drop from 1X-daily to 2X-weekly, but the sector will continue to be operated using A350-900s.

In Europe, the carrier said its network would “rapidly increase in frequencies throughout the winter” with double-daily services from HEL to key cities such as Amsterdam (AMS), Berlin (BER), Dusseldorf (DUS), Frankfurt (FRA) and Munich (MUC), and 3X-daily frequencies to London Heathrow (LHR) and Paris Charles de Gaulle (CDG).

Finnair also intends to grow frequencies between Helsinki and St. Petersburg (LED) to support the traffic flows to its North American destinations.

Other additions this winter include new routes from HEL to Gdansk (GDN) and Krakow (KRK) in Poland, plus more frequencies to popular vacation destinations like Malaga (AGP).

“We are excited to be able to expand the breadth and depth of our network, enabling better connections for customers as travel continues to pick up,” CCO Ole Orvér said.

“We are also re-introducing services to support a smooth and convenient travel experience. We opened our Schengen lounge already in August, and Finnair’s non-Schengen lounge at Helsinki airport will open in early October.”