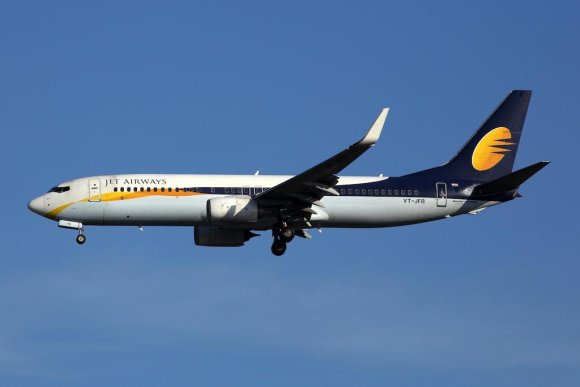 India’s Jet Airways is making progress on the many steps required to resume operations and plans to relaunch scheduled flights in the first quarter of 2022.

The carrier will start with domestic services on the Delhi (DEL)-Mumbai (BOM) trunk route, according to the Jalan-Kalrock consortium that is the new financial backer resurrecting the airline. Jet aims to restart short-haul international flights in the second or third quarter of 2022.

Jet was a major player in the Indian market before ceasing operations in April 2019 when it could not meet its payment obligations. After a lengthy search for new investors, the Jalan-Kalrock consortium’s bid was selected by creditors in October 2020. A court panel approved Jet’s takeover and restart plan in June 2021.

There are still significant tasks to be completed before the airline can start flights, however. The carrier is working with authorities to revalidate its air operator certificate. Jet has also been meeting with airport authorities to arrange slot allocations, airport infrastructure and overnight aircraft parking.

Many of Jet's international and domestic airport slots were redistributed to other airlines. Airport authorities indicated the arrangement would be temporary. But earlier this year, Indian authorities said it has taken so long for Jet to relaunch that it would now be difficult to unwind the distribution.

The Indian aviation ministry said too much time had elapsed for Jet to reclaim the slots. The ministry also stressed that the slots are not assets owned by any airline.

Nevertheless, the consortium backing Jet said efforts are on track to enable the planned resumption of service in the first quarter of 2022.

Another vital step is negotiating with lessors to obtain aircraft. Almost all of Jet’s original fleet was repossessed by lessors, and the carrier intends to relaunch with a new fleet. The carrier will lease an all-narrowbody fleet from “major global aircraft lessors who have approached us,” Jet acting CEO Sudhir Gaur said. The goal is to reach 100 aircraft in five years.

The revived airline will be headquartered in Delhi, but it will also have a significant presence in Mumbai.