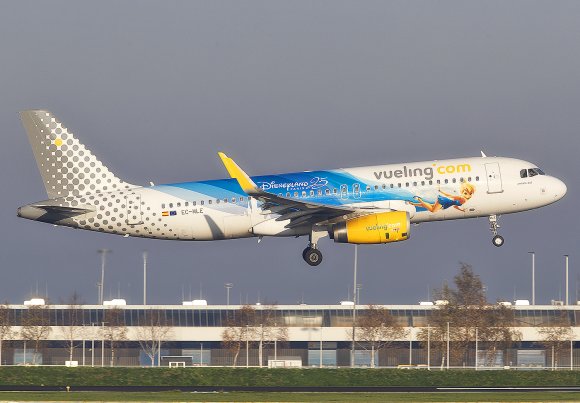 Spanish carrier Vueling has been given the green light to take over 18 daily slots at Paris Orly (ORY) that were ceded by Air France to remedy competition concerns following its €4 billion ($4.7 billion) recapitalization by the French state.

As a result of the conditions imposed by the European Commission, International Airlines Group-owned Vueling will be able to operate new routes from the Paris airport as of November.

“This will enable Vueling to expand its activities at this highly congested airport, helping to ensure fair prices and increased choice for European consumers,” EC executive VP Margrethe Vestager said.

“It also helps ensure the significant capital support to Air France enabled the airline face financial difficulties resulting from the coronavirus outbreak, without unduly distorting competition in the Single Market.”

In April 2021, the EC approved French plans to grant up to €4 billion for the recapitalization of Air France through its holding company. The measure was approved under the State Aid Temporary Framework, on condition that Air France implemented additional measures to preserve effective competition.

Among these was a commitment to make available up to 18 slots per day at Paris Orly—an airport that is structurally highly congested and where the flag-carrier holds significant market power.

The EC said several airlines had applied to take over the slots, but Vueling was selected based on the level of capacity and connectivity that it could achieve. The LCC now has priority to conclude an agreement with Air France over the transfer of the slots.

According to data provided by OAG Schedules Analyser, Vueling flies from Paris Orly to 21 destinations across Europe, 14 of which are in Spain. For the week commencing Sept. 20, the carrier is offering 31,000 departure seats from the airport across 170 flights. This compares with 36,500 seats across 185 flights during the same week two years ago.

Overall, Vueling is the third-largest carrier operating from Paris Orly during September 2021 with 157,400 departure seats. Air France-KLM Group subsidiary Transavia.com France is the largest with 286,000 seats, while Air France is second with 250,000 seats.