As signs emerge of what will hopefully be a meaningful and sustained recovery, it’s worth looking back on how the air transport industry has faced 18 months of uncertainty.

There were many examples of close work and collaboration across the air service development community.

Many airports and tourism authorities supported their airline partners with cost reduction and mitigation programs during the initial shock, and their local knowledge and support underpinned much of their airline customers’ network evolution.

The shared reality that the entire air transport ecosystem was in crisis also united ICAO, IATA and ACI to campaign for interoperable standards and promote its safety and socio-economic value. 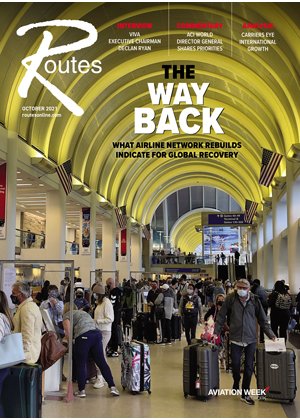 However, the battle for the future of air transport is far from won. The threat remains that new variants of COVID-19 could undo much of the progress seen thus far and heightened awareness of the grave dangers of climate change will undoubtedly force change on global aviation.

The pandemic recovery is uneven, influenced by factors such as vaccination rates, COVID variants, reliance on the sluggish business travel market and government policies. Although some airports are likely to become capacity or slot-constrained very quickly, others face a battle for the reduced available air capacity and passengers.

And the imperative continues for the travel and tourism industry to become more sustainable or risk a reduction in demand now and into the future, potentially with more government taxation.

Despite this ongoing fragility, instances of toxic competition and partisanship remain.

The uneven distribution of state aid between airlines and airports, and geographically, has prompted investigations and even legal action in Europe.

Airlines and IATA have voiced concerns about some airports hiking fees, and slot allocation and waivers have again become battlegrounds between airports and airlines as demand ramps up. Some airports, meanwhile, feel under pressure to either lower their fees or risk losing airline service.

The ability to collaborate, find new business models and compromises, and understand the concerns of all sides that was evident at the start of the crisis should not be lost in the recovery.

The power of collaboration and a united industry voice were good lessons to learn from the depths of the crisis. So, too, was the importance of flexibility and agility.

These lessons, earned in the harshest conditions, must be applied by airlines, airports and tourism authorities not just through the recovery, but well beyond when the global air transport industry is growing and thriving once more.