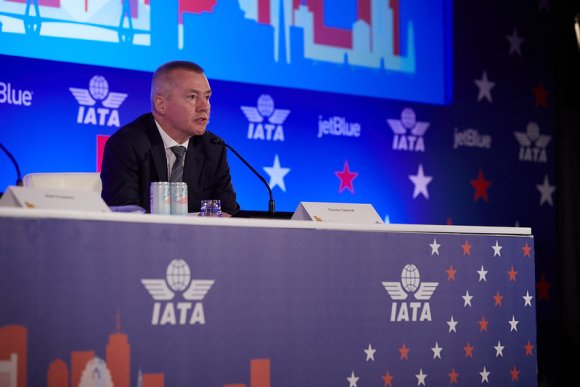 His accusations elicited a strong response from ACI World Director General Luis Felipe de Oliveira, who said the comments do not reflect “the efforts made by airports to support the aviation ecosystem.”

Walsh, speaking at the IATA AGM in Boston, stated that increases in airport and ANSP charges have already reached $2.3 billion. IATA claimed that further rises could be “tenfold this number” if proposals already tabled by airports and ANSPs are granted.

“We all want to put COVID-19 behind us. But placing the financial burden of a crisis of apocalyptic proportions on the backs of your customers, just because you can, is a commercial strategy that only a monopoly could dream up,” Walsh said.

“At an absolute minimum, cost reduction—not charges increases—must be top of the agenda for every airport and ANSP. It is for their customer airlines.”

Walsh said any cost increases must stop if the industry is to have a “fair opportunity” at recovery. “It is unacceptable behavior to benefit from your customers during good times and stick it to them in bad times,” he said.

“Doing so has broad implications. Air transport is critical to support economic recovery post-pandemic. We should not compromise the recovery with the irresponsibility and greed of some of our partners who have not addressed costs or tapped their shareholders for support.”

In response, ACI World said it was “disappointing to hear this tone of statements” coming from IATA, adding that the pandemic has brought “unprecedented collaboration and unity of airports and airlines.”

“Airports have also experienced enormous financial stress and had to make drastic cuts to keep afloat. And in many jurisdictions, airports did not receive the same level of support compared to air carriers,” de Oliveira said.

“To keep facilities running and safe to operate cargo and humanitarian flights during the pandemic, for example, airports incurred large costs. Fundamentally, airports will always remain infrastructure-intensive businesses—this translates into a high ratio of fixed costs.”

De Oliveira pointed to a recent survey of airport operators that found almost 70% had implemented some form of discount or incentives in their airport charging schemes to address the impacts of COVID-19.

“Overall, airports are also businesses in their own right that have suffered great financial stress during the COVID-19 crisis and the historic downturn of passenger traffic,” he added. “In fact, this may be a moment to rethink the economic oversight of airport charges to something that is more reflective of market conditions allowing for risk to be shared across airlines and airports.”

ACI Europe said that airports have seen revenues collapsing by -60% in 2020 and by -65% in the first half of 2021, while financial prospects “remain bleak.” The trade body added Europe’s airports are now facing an investment crunch and “many will simply not be able to financially recover without increasing charges.”

“IATA is clearly forcing airports into further financial distress to the exclusive benefit of airlines,” a statement from ACI Europe said.

Meanwhile, IATA has issued its latest passenger traffic forecasts for this year and next. The organization said that overall demand is expected to reach 40% of 2019 levels in 2021. Capacity is expected to increase faster than demand growth, reaching 50% of pre-crisis levels for 2021.

In 2022, total demand is expected to reach 61% of 2019 levels and capacity is expected to continue to increase faster than demand, reaching 67% of pre-crisis levels.