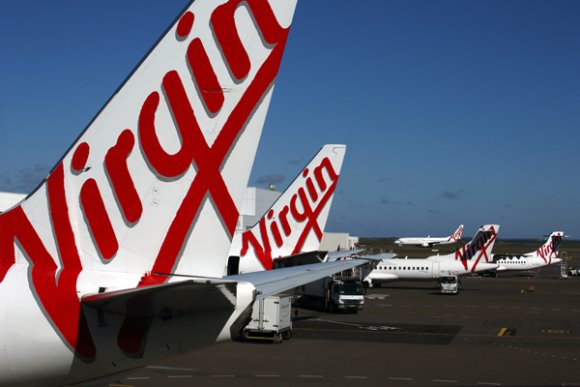 Virgin Australia is reintroducing services from Sydney (SYD) and Melbourne (MEL) to Coffs Harbour (CFS). The carrier plans to operate up to 21 return services each week between the cities, with Sydney-Coffs Harbour scheduled to take-off on Nov. 11, followed by the seasonal Melbourne service one week later on Nov. 18. The latter route will run until 25 April 2022. Combined, the new services will provide more than 14,500 seats per month to Coffs Harbour. SYD-CFS frequencies will be up to double-daily, while MEL-CFS will be up to daily service.

The airline also plans to launch three new services to the Gold Coast (OOL) in December, including the first commercial flights linking Launceston (LST) and the Gold Coast in more than two decades. Daily services to Cairns (CNS) will operate year-round from Dec. 9, while seasonal routes to Launceston and Hobart (HBA) will be 3X-weekly from Dec. 7 and 4X-weekly from Dec. 13 respectively.

Other additions Virgin Australia is making to its network include the resumption of fights between Adelaide (ADL) and the Sunshine Coast (MCY) from Dec. 14, which will operate four times per week. The restart of flights between Australia and Fiji also moves from Dec. 23 to Dec. 16.

Swiss International Airlines is expanding its route network with the addition of Beirut (BEY) in the coming winter schedules. The Lebanese capital will receive two flights per week from Zurich (ZRH). Service will begin on Dec. 2 using A320s, operated by Edelweiss Air under a wet-lease agreement. From mid-January to the end of March 2022, Swiss will operate the new services with its own aircraft. The flying time between Zurich and Beirut is about four hours. The route marks the first time Swiss has served Beirut from its Zurich hub and will primarily target VFR traffic.

Spanish carrier Volotea has won a tender to operate six routes from the regional government of Sardinia. Flights will start on Oct. 15 until May 14, 2022, connecting Cagliari (CAG), Olbia (OLB) and Alghero (AHO) with Rome Fiumicino (FCO) and Milan Linate (LIN). The services were previously operated by Alitalia. Following the tender win, Volotea said it would open a base in Alghero alongside its existing bases in Cagliari and Olbia.

Spirit Airlines has started serving Manchester-Boston Regional (MHT), becoming the first new airline at the Massachusetts airport in 17 years. The ULCC’s first two services started on Oct. 7, linking the New England city with Fort Lauderdale (FLL) and Orlando (MCO). Both routes will operate daily. Flights to Fort Myers (RSW) will launch on Nov. 17, with Spirit scheduling a 4X-weekly service, while a route to Tampa (TPA) begins a day later and will operate three times per week. In addition, the carrier has announced plans to add a seasonal route to Myrtle Beach (MYR) starting April 20, 2022.

Air Astana continues to expand its international network with the launch of a 2X-weekly route from Almaty (ALA) to the island of Phuket (HKT) in Thailand, starting on Oct. 31. In addition, the airline is increasing service from Kazakhstan to Dubai (DXB) to 10X-weekly, including 3X-weekly flights from ALA starting on Oct. 23 and daily flights from Nur-Sultan (NQZ) starting Nov. 1.

Delta Air Lines will resume direct flights from New York John F Kennedy (JFK) to Prague (PRG) in the Czech Republic, effective May 26, 2022. The airline plans to operate the route through summer 2022 up to 7X-weekly using Boeing 767-300 aircraft. “Before the current crisis, more than 70,000 passengers flew between Prague and New York every year, which represents a strong potential, able to support up to a year-round direct connection with Prague,” chairman of the Prague Airport Board of Directors Jiří Pos said.

Ethiopian Airlines has signed an interline agreement with South Africa's Airlink. The deal will offer passengers better connectivity through seamless travel with a single ticket. “We are happy to enhance our cooperation and add Airlink to our list of growing partners in Africa,” Ethiopian CEO Tewolde Gebremariam said. “As South Africa represents the continent’s largest market and with the significant changes in the region’s industry players, implementation of this interline agreement will create ease of access to those travelling to/from South African regional airports and Ethiopian destinations across five continents.”

Startup LCC PLAY will open a new direct route from Göteborg Landvetter (GOT) to the Icelandic capital of Reykjavik (KEF). Flights will begin on May 20, 2022 and operate twice a week. The route was previously served by Icelandair. Swedavia, the operator of GOT, said more than 80% of passengers between Gothenburg and Reykjavik are leisure travelers, with a relatively large proportion of them visiting relatives and friends. About 65% of passengers are Swedish and 35% from Iceland.

Singapore Airlines will restart Airbus A380 service from Nov. 19. The superjumbo will be deployed on one of the airline’s daily nonstop return services between London Heathrow (LHR) and Singapore Changi (SIN). “The return of the Singapore Airlines A380 to the skies is a positive step towards international travel recovery,” Singapore Airlines general manager UK and Ireland Mohamed Rafi Mar said.

Ethiopian Airlines has resumed weekly passenger services to Enugu (ENU) in Nigeria. The flights are operated on Wednesdays, Fridays and Saturdays. The restart of service means the carrier now serves four destinations in Nigeria, flying to Lagos, Abuja and Kano as well as Enugu. “Nigeria has always been and continues to be one of our important destinations in West Africa,” Ethiopian CEO Tewolde GebreMariam said. “We are continually improving our products and services to meet our customers’ expectations and the resumption of services to Enugu is key to reach our customers in different parts of Nigeria.”

Irish carrier Ryanair has announced a new route from Leeds-Bradford (LBA) in the UK to Poznan (POZ) in Poland. Flights will operate 2X-weekly on Tuesdays and Saturdays, beginning on Dec. 4. The addition of Poznan increases the ULCC’s Polish network from LBA to five destinations. “Ryanair remains committed to re-building Europe’s aviation and tourism industry by restoring connectivity and growing its network of passengers to over 225 million by 2026,” director of commercial Jason McGuinness said.