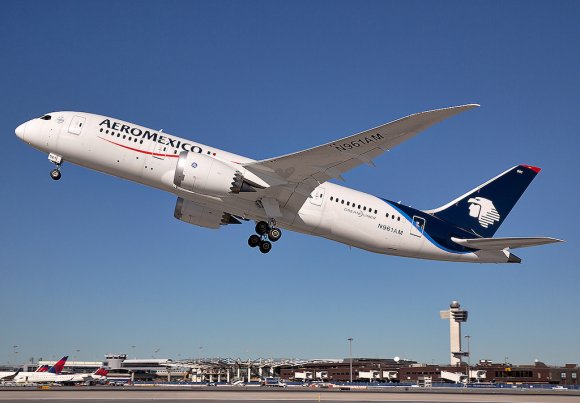 SkyTeam alliance member Aeromexico in August announced plans to launch a second route to Madrid (MAD) in December, connecting Spain’s capital with the city of Guadalajara (GDL) in western Mexico. The route will become the Mexican airport’s first nonstop link to Europe after more than 20 years of trying.

“We are working on a second runway, remodelling our existing terminal, and building a second terminal. We are really putting our money where our mouth is. There’s also a lot happening in the state of Jalisco, including some big investments to grow the electronics and high-tech markets.

“With this first connection to Europe, I think it is a step towards becoming a much bigger international hub for Mexico, rather than just a hub for domestic and North America traffic.”

Aeromexico is planning a 3X-weekly GDL-MAD service from Dec. 15 using Boeing 787 aircraft. Revuelta said he expects traffic to Europe to grow at a fast pace over the coming years—and airlines will respond to that. However, he believes cargo will be key to attracting new international carriers in the first instance.

“We’re currently the second-largest cargo airport in Mexico behind Mexico City and had double-digit growth during the crisis,” he said. “In terms of the value of the cargo, we’re the number one airport in the country.

“We therefore think that with the developing economy of the area and the new trade agreement with the US and Canada, Guadalajara is a very attractive cargo market and that can help us to grow our passenger network in the medium-term.”

As well as Guadalajara, GAP operates 11 airports in the western states of Mexico and two in Jamaica. Vacation destinations like Los Cabos and Puerto Vallarta are standout performers for the group, recording an increase in passenger traffic of 8.9% and 2% respectively in August, compared with 2019 levels.

Tijuana (TIJ), located on the US-Mexico border, has also recovered strongly, reporting a 13.8% jump in traffic in August. Revuelta explained that the city is now targeting long-haul flights, particularly from Asia.

Construction of a new terminal processor building is underway to complement the existing Cross Border Xpress (CBX), which makes it possible for passengers to easily travel into Southern California to the likes of San Diego and Los Angeles.

The new facility will allow arriving international air passengers at Tijuana to go directly to US Customs and Border Protection through the CBX and bypass Mexico customs and immigration.

Revuelta said that GAP has not suffered from the US FAA’s decision to downgrade Mexico’s safety rating—a move that prevents Mexican carriers from adding new US routes and blocks the ability of US airlines to market and sell tickets with their names and designator codes on Mexican-operated flights.

GAP was also less affected by the grounding of InterJet, which accounted for less than 10% of the group’s passengers and did not fly any exclusive routes. Revuelta added that Volaris and Viva Aerobus have already soaked up the demand.