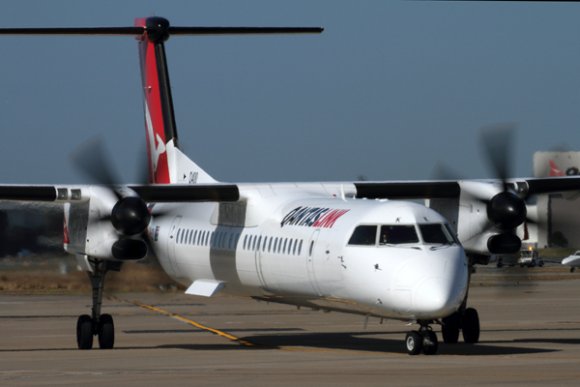 The route has not been flown by any airline for nearly four years. The flights will operate 3X-weekly with a 74-seat De Havilland Canada Dash 8-400 turboprop.

In a statement the Qantas regional subsidiary noted the only way to fly between the two cities at present is via a connection at Sydney (SYD).

QantasLink CEO John Gissing said the new route “would open up more options for Wagga Wagga residents … looking to book their next holiday as interstate travel picks up early next year.” He noted that Wagga Wagga residents will gain “easy access to some of Queensland’s amazing holiday destinations.”

Brisbane is located in the state of Queensland, which features attractions such as the Great Barrier Reef and a host of popular beaches. The Queensland government is providing financial support to QantasLink to operate the route.

“These flights are supported by the Queensland government because we know how important your best Brisbane visitor experience is to the recovery of our tourism economy," Queensland tourism minister Stirling Hinchliffe said.

Wagga Wagga Mayor Greg Conkey added: “Our communities got a feel for this route when it operated for a short time out of Wagga Wagga some years ago and it was well utilized for business, health and tourism reasons. Having expanded air services [nonstop] to Brisbane is a show of commitment from the industry to Wagga Wagga, as a major regional center, and I’m sure this route will again prove popular.”

BNE CEO Gert-Jan de Graaff said: “QantasLink’s announcement is fantastic news … Brisbane Airport is the most domestically connected airport in Australia … We have no doubt these services will take off with people looking to reconnect with family and friends and visiting new parts of our beautiful country.”