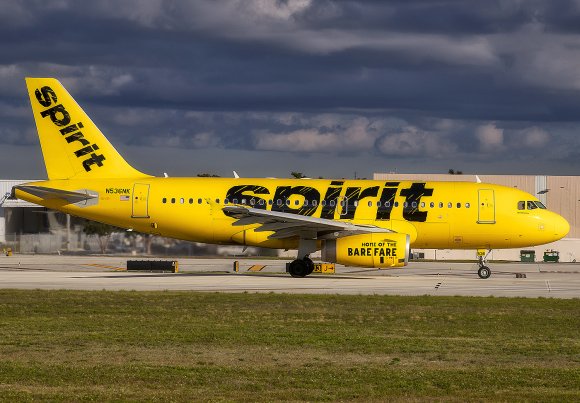 Spirit Airlines, generally one of the more aggressive airlines in the world at growing capacity, is lowering capacity growth plans for the fourth quarter, citing staffing shortages.

The Florida-based ULCC said it has had particular problems hiring enough workers at Fort Lauderdale (FLL), its home base. The airline said hiring ground crew and airport staff was proving to be the biggest issue.

Still, Spirit will operate 11.2% more system capacity in the fourth quarter compared to the 2019 December quarter. But that is well below the previous expectation that the airline would operate fourth quarter capacity of more than 21% above 2019 levels.

“This is more than 10 percentage points lower than our initial expectation, with half of that related to targeted reductions at Fort Lauderdale, with the other half spread throughout the network,” chief commercial officer Matt Klein told analysts on the carrier’s recent call to discuss the company’s $14.8 million net profit in the third quarter

“We want to make sure that we’re being smart with the schedule,” Klein added. “Of course, we would like to get back to a full utilization of Fort Lauderdale as soon as possible.”

Spirit CEO Ted Christie said the airline had learned its lesson from operational disruptions over the summer—which were blamed in large part on staffing not ramping up quickly enough, particularly at FLL—and will be more conservative with capacity growth in the fourth quarter and at least the first half of 2022.

“I don't know what the right label is—we’re viewing [2022] as a 'recovery' year,” he said. While 2022 capacity will be higher than 2019 capacity, “it’s not going to be all the way back probably to where we want it to be,” Christie conceded.

The CEO said the airline is “taking our foot off the gas here for a little bit of a period of time,” adding: “Let’s see the hiring come in … and we'll layer the capacity in as necessary. So, it’s been a tough labor market. We’re adapting to that … The labor market will become more normal and we’re going to be ready for that.”

Spirit CFO Scott Haralson said the airline is feeling “heartburn” over the labor situation, which is unusual for an airline accustomed to being able to hire new staff quickly.

“We’ve been growing at double-digit rates for a while,” Haralson said. “And that means you sort of reinvent the airline every year or two in doing that. So, [building up] crew bases and hiring, that’s all normal operations for us. We do that all the time. This is a unique environment.”