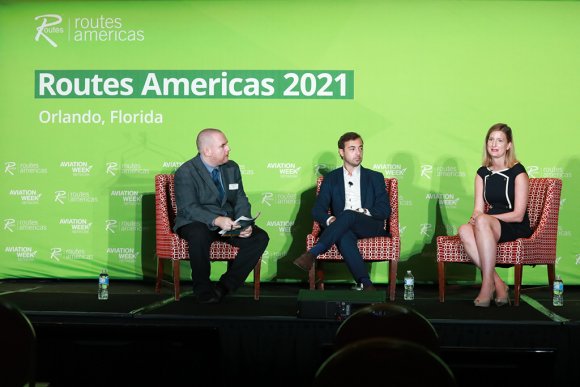 London Gatwick (LGW) has confirmed the appointment of Stephanie Wear as its new aviation development head.

Wear takes up the role at the UK’s second-busiest airport following a stint as director of air service development and cargo services for the City of Philadelphia Division of Aviation, which owns and operates Philadelphia International (PHL) and Northeast Philadelphia (PNE) airport.

In her new position, she will seek to restore Gatwick’s short and long-haul point-to-point services. Wear will also work with colleagues across VINCI Airports, which purchased a 50.01% stake in the airport in 2019.

“As with the rest of the aviation industry we have inevitably experienced difficult times recently due to the pandemic, however, we are confident about rebuilding our business and stimulating further growth in the future,” CCO Jonathan Pollard said.

“Stephanie will be an integral part of that success given her strong experience in airline services and routes expansion.”