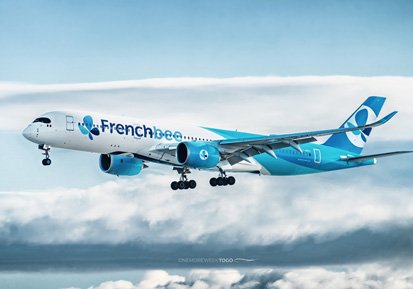 Long-haul, low-cost carrier French Bee is expanding its US presence with the launch of a new route to Los Angeles (LAX). Starting on April 9, 2022, the airline will operate an initial four nonstop flights per week from Paris Orly (ORY) onboard Airbus A350-900 aircraft.

Los Angeles will become the carrier’s third destination in the US alongside San Francisco (SFO) and Newark (EWR). French Bee currently offers a 3X-weekly service to EWR and two flights per week to SFO. The SFO route started in May 2018, while EWR was added to the airline’s network in June 2020.

The ORY-LAX service will operate on Mondays, Thursdays, Fridays and Saturdays from April, increasing to up to 6X-weekly starting in July. Flights from ORY depart at 2:50 p.m., arriving in LAX at 5:15 p.m. The return service leaves at 7:45 p.m. and arrives back in the French capital at 3:35 p.m. the following day. For onward travel from Los Angeles, French Bee has an interline agreement in pace with Alaska Airlines.

The carrier will be the only operator of flights to LAX from Paris Orly but will face competition from Paris Charles de Gaulle (CDG). Air France and Air Tahiti Nui currently serve the CDG-LAX market, while Norwegian Air Shuttle and Delta Air Lines offered flights before the pandemic. Defunct carrier XL Airways France also connected the destinations from 2017 until its failure in 2019.

Data provided by Sabre Market Intelligence shows that O&D traffic between Paris and Los Angeles totaled 722,119 two-way passengers in 2019—equivalent to about 989 passengers per day each way. OAG figures reveal that weekly capacity between the cities is about 10,800 two-way seats, compared with 21,000 at this time in 2019.