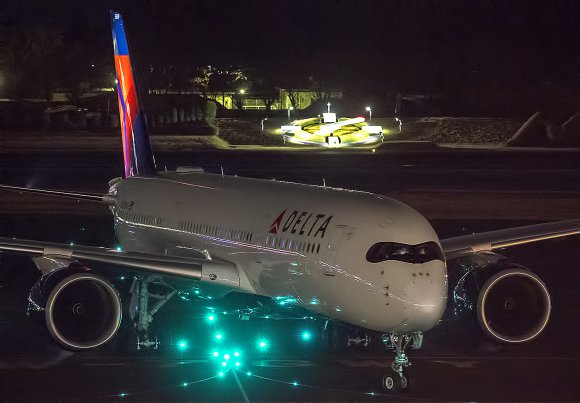 Delta Air Lines has been forced by the Civil Aviation Administration of China (CAAC) to temporarily suspend its two routes to China because of a CAAC rule related to passengers testing positive for COVID-19.

Delta confirmed to Routes late Jan. 10 that its weekly Detroit (DTW)-Seoul (ICN)-Shanghai (PVG) flight did not operate last week and will not operate this week. On Jan. 11, the CAAC issued a statement saying two more flights on the route will be suspended, meaning Delta likely cannot resume the route until February. In addition, the CAAC said Delta’s weekly Seattle (SEA)-ICN-PVG route will also be temporarily grounded because of the COVID-19 rule. Delta operates to PVG via ICN so pilots do not have to stay overnight in China and be subject to the country’s quarantine requirements.

Delta appears to be the US carrier most affected, but the CAAC also said Jan. 11 it is forcing the cancellation of more than 60 flights to China from the US, including flights operated by American Airlines and United Airlines, as well as 42 flights operated by Chinese airlines. Ten Delta flights have been canceled between the DTW and SEA routes.

The US Transportation Department (DOT) has previously complained that the CAAC rule places “undue culpability” on airlines, which follow protocol prior to departure to China—when all passengers are required to submit negative COVID-19 tests—and have no way of verifying the Chinese government’s claims of positive tests or when passengers may have contracted COVID-19.

The DTW-ICN-PVG route was suspended because seven passengers on a Dec. 27 Airbus A350 Delta flight tested positive within eight days of arriving in Shanghai, meaning it is possible some or all of those passengers contracted COVID-19 after arriving in China.

Delta has appealed to the CAAC, asking that any punitive action be pushed back to a later date so it has more leeway to rebook passengers. The airline would also like China to lift the 75% load factor requirement to enable the carrier to rebook more passengers from canceled flights when a route resumes.

DOT has not yet commented on the latest flight suspensions.

“We apologize to our customers for the delay in their travels due to government requirements and will work as quickly as possible to rebook customers on alternate flights,” Delta said in a statement.

Meanwhile, according to OAG data, Delta has pulled nonstop flights to Beijing Daxing (PKX) and PVG from its schedule that were supposed to start from DTW and SEA in April. The flights, which would cut out the stopover in ICN for PVG flights and add service to PKX, are now scheduled to launch in October. It is unclear whether the schedule adjustment was driven by the latest developments related to the COVID-19 rule.