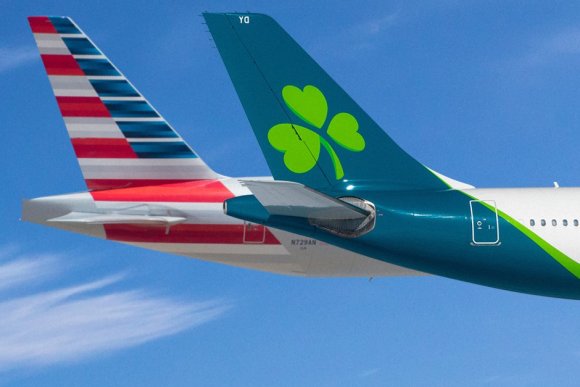 American Airlines and Aer Lingus will this week begin codesharing on flights in the US and Europe—a year after Ireland’s flag-carrier joined the oneworld transatlantic joint venture (JV).

Under the terms of the agreement, Dallas-Fort Worth-based American will place its code on Aer Lingus flights between London Heathrow (LHR) and Dublin (DUB).

Aer Lingus was granted final approval in December 2020 from the US Transportation Department to join the existing oneworld transatlantic JV with American, British Airways, Finnair and Iberia. The decision provides antitrust immunity for the Irish carrier to cooperate within its JV partners on network planning, pricing and sales activities.