Latvian national carrier airBaltic has inaugurated scheduled commercial passenger flights with the Bombardier CS300 version of the C Series family, becoming the first operator of the variant and only the second airline to fly the C Series. The inaugural flight departed its Riga International Airport hub at 16:40 around 15 minutes after its scheduled 16:25 local departure time on December 14, 2016 bound for Amsterdam operating the BT619/620 rotation.

The airline has selected the Canadian-built airliner for its exclusive future short-haul fleet and will replace all its existing Boeing aircraft with 20 factory new CS300s by 2020. The aircraft will not just modernise the fleet and boost efficiency, but will also enhance the airline’s range of services, expanding into medium-haul markets from Riga such as Abu Dhabi, Almaty, Astana, Casablanca, Dubai, Marrakech and Tenerife thanks to its operating performance.

“Bombardier’s CS300 airliners are integral to the execution of airBaltic’s business development strategy Horizon 2021 and fleet optimisation plan,” said Martin Gauss, chief executive officer, airBaltic. “We are proud to welcome our very first CS300 aircraft and to be the first airline in the world to take delivery and launch commercial operations of the CS300 – the most innovative and technologically advanced aircraft in the world.”

“With its longer range capabilities, lower fuel burn and reduced noise emissions compared to other airliners in its segment, the CS300 aircraft will enable airBaltic to open new routes and connect people all across Europe, while offering passengers an unparalleled in-flight experience," he added.

“With its longer range capabilities, lower fuel burn and reduced noise emissions compared to other airliners in its segment, the CS300 aircraft will enable airBaltic to open new routes and connect people all across Europe.”

However, looking further forward the airBaltic air service development team have been looking at all the network opportunities the new generation airliner will present the carrier. As such it has not currently released its schedule for the type for the summer 2017 season when it will likely start to debut the aircraft in new markets.

The type will certainly enable the carrier to better serve a number of destinations across its network, serving markets on a more sustainable basis and providing scope to more easily add frequencies to develop a more competitive product offering against industry rivals. But, it will also enable the carrier to expand more profitably in new markets.

The CS300 seats between 130 and 160 passengers depending upon configuration and will have a range of up to 3,300 nautical miles. From a network perspective, Bombardier says in its corporate literature that the CSeries will deliver a 15 per cent cash operating cost advantage and a 20 per cent fuel burn advantage to customers, making this family the ideal candidate for longer, thinner routes. airBaltic sits right in the middle of that seat range having selected a 145 passenger layout for its aircraft.

A fleet renewal or change isn’t only about modernising the main tool of a business – it’s also about seeking new opportunities, adapting to changes in the industry and forecasting the needs of customers for the upcoming decades. For Wolfgang Reuss, senior vice president network management, airBaltic it is something that he has been concentrating on each day since joining the carrier from Brussels Airlines in September last year.

One of his main tasks from day one was preparing the integration of CS300 into the future network of airBaltic. “’It has indeed been a lot of work for all departments, but at the same time it has been a very special and motivating project – a true team effort, as it spans across all departments of our company,” he said.

“I have been involved in refleeting, fleet planning and procurement projects before, but the phase-in of an aircraft version as launch customer has been something very new and exciting and certainly doesn’t come along every day,” he added. 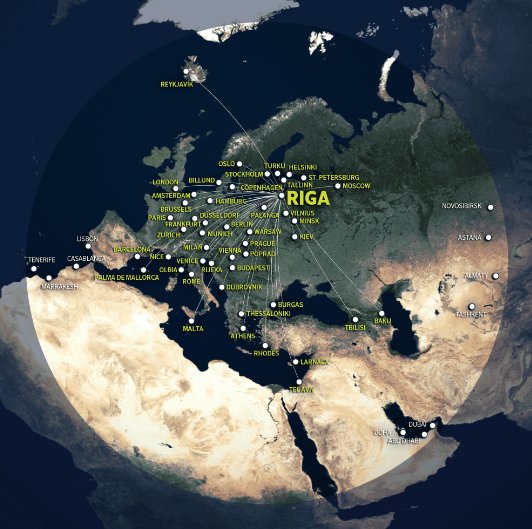 The enhanced engineering behind the CS300 will allow airBaltic to expand its current flight network by around a third versus the older generation Boeing 737 models it will replace. “The CS300 will improve and develop our network further. We will gradually replace the 737 operations with the CS300, offering an improved customer experience on our current network. At the same time the aircraft will push the boundaries of our network further as the CS300 has greater range than our current fleet,” said Reuss.

With this extra flight range airBaltic will be able to connect to important flight hubs and improve one-stop connectivity to destinations around the world. The CS300 will also bring more convenience to passengers of our already existing routes with a larger seat pitch versus the 737, overhead bins with almost 15 per cent more capacity and windows that are more than 25 per cent larger than the classic Boeing model.

“The aircraft economics also play a very crucial role in network planning as we further improve the competitiveness of our product and network.” said Reuss. The CS300 will consume around two litres of fuel per 100km per passenger, and compared to the Boeing 737 its cost per passenger are 18 per cent lower. “This is a very huge advantage in times when airlines are strongly competing with each other,” acknowledged Reuss.

With the exception of its initial entry into service on existing markets, airBaltic remains tight-lipped on the development plans for the aircraft. It is due to receive a further six aircraft in 2017 and some of these are certain to deployed into new markets. These may include destinations across the Caucuses with the airline’s chief commercial officer, Christophe Viatte, highlighting the region’s potential during a presentation at Routes Silk Road in Tbilisi, Georgia last year.

“We have lots of plans with the new aircraft to develop in this region,” he said, noting that with Gulf carriers growing traffic between Europe and Asia, the Silk Road could offer a more convenient link to many destinations, especially those in North Asia. “There is huge potential for airlines to grow via Central Asia,” he added.