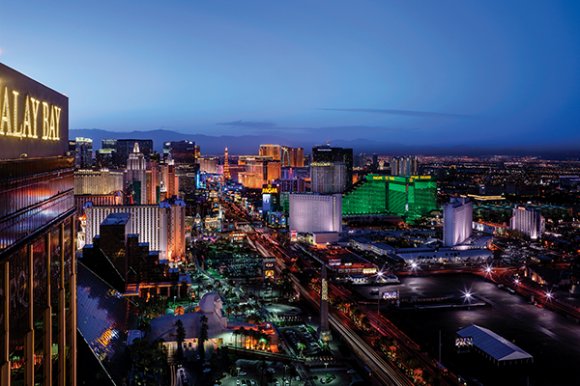 The roots of Las Vegas’ convention industry can be traced back to the 1950s when the Las Vegas Convention and Visitors Authority (LVCVA) was founded. The cyclical nature of the tourism industry meant that business was slower during off-peak periods, and the LVCVA was established to diversify the city’s economy.

The results speak for themselves: in 2015 Las Vegas hosted more than 21,000 meetings, trade shows and conventions which supported 66,500 jobs and generated $9.3 billion in local economic impact. In addition, the LVCVA is developing the Las Vegas Convention Center District which will guarantee the city’s status as a leading destination for business travel.

The continuing success of the convention industry depends upon a well-connected transport system. The LVCVA therefore works in partnership with McCarran International Airport to gain new air services that will increase Las Vegas’ visitor numbers.

Hosting Routes Americas 2017 will help Las Vegas to increase the air connections that are the life blood of its economy. Up to 800 people from around 80 airlines, 300 airports and 50 tourism authorities will attend the event at the Aria Resort and Casino to plan new flights.

This will be the second time that the LVCVA and McCarran International Airport bring a Routes event to the city - the economic benefits of hosting World Routes 2013 led to the decision to bid for Routes Americas. Las Vegas gained more than 120 weekly flights with an estimated annual economic impact of $440 million in direct visitor spending in the year after the event.

“Nearly half of these visitors travel by air, and we look forward to welcoming Routes Americas and showing airline executives and route planners why Las Vegas remains a top travel destination that fills every section of their aircraft.”

Natasha Haggart, group marketing manager at UBM EMEA, the organiser of Routes events, said: “It’s exciting to return to Las Vegas – a destination that speaks for itself. Hosting Routes Americas is an opportunity to make the case for new air services and to help the city reach the 43 million visitor mark.”