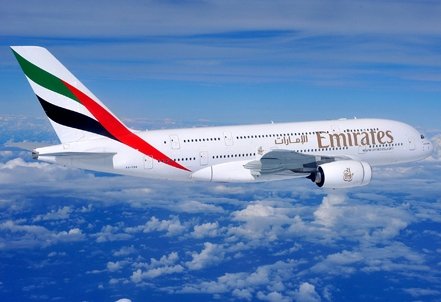 Emirates has ordered up to 36 A380 aircraft, effectively securing the future of the Airbus programme. The Gulf carrier has placed 20 firm orders and 16 options, with the aircraft set to be delivered from 2020 onwards.

The deal, worth $16bn, comes just days after Airbus’ soon-to-retire sales chief John Leahy warned that the company would have to halt the programme if Emirates, its largest customer, did not place another order.

"This deal reflects Emirates’ confidence in shaping the future, and its commitment to advancing Dubai’s vision to grow further as a world-class destination and aviation hub.”

Together with the airline’s 101-strong A380 fleet and its current order backlog for 41 aircraft, this new order brings Emirates’ commitment to the A380 programme to 178 aircraft, worth more than $60bn.

Emirates is by far the largest Airbus A380 operator on the planet with 101 A380s in service today.

Ahmed bin Saeed Al Maktoum, chairman and chief executive of Emirates, said the airline has “made no secret” of the fact that the A380 has been a success for the carrier.

“Our customers love it, and we’ve been able to deploy it on different missions across our network, giving us flexibility in terms of range and passenger mix,” he said.

“Some of the new A380s we’ve just ordered will be used as fleet replacements. This order will provide stability to the A380 production line.

“We will continue to work closely with Airbus to further enhance the aircraft and onboard product, so as to offer our passengers the best possible experience.”

The airline’s A380 fleet operates both GE and Rolls-Royce engines, and it said it is evaluating engine options for its latest A380 order.

Airbus' John Leahy added the order “underscores Airbus’ commitment to produce the A380 at least for another ten years“ and said he believes more orders will follow and the aircraft will be “built well into the 2030s”.