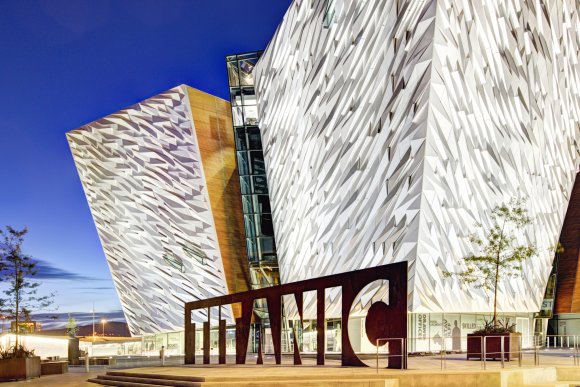 As the event’s one-year anniversary approaches, Routesonline catches up with some of the key stakeholders to find out more about the impact of Routes Europe and what the future holds for the region’s aviation market.

“It was always going to be a hugely significant one for Northern Ireland,” says Katy Best, commercial director at George Best Belfast City Airport. “This was a perfect opportunity to showcase what the region has to offer on a worldwide stage and we thoroughly enjoyed hosting the delegates.

“Already many people have come back to Belfast with friends or family, and the fact that Northern Ireland made such a good impression fills us with an enormous sense of pride.”

Since then, Visit Belfast accepted the Best Industry Partnership award, at The Association of British Professional Conference Organisers’ (ABPCO) annual Excellence Awards on behalf of the key agencies involved. ABPCO said the city and region’s approach to delivering the 2017 Routes Europe conference deserved top recognition for making the event a global success.

Belfast and the Causeway Coast were also named as Lonely Planet’s number one place to visit in 2018, alongside Alaska, the Kii Peninsula in Japan and Slovenia's Julian Alps.

“After Routes Europe, we welcomed new airlines and routes to develop our strategic air connectivity and route network,” said Best. “In June 2017, we welcomed Icelandair to Belfast City Airport with its inaugural flight to Reykjavik.

“This has not only opened up the popular tourist destination but also facilitates onward connections to Canada and the US, appealing to both business and leisure passengers.”

Alongside this, Eastern Airways arrived at Belfast City Airport with a route to Isle of Man, and within six months announced a Newcastle service. The carrier has since introduced additional frequencies on both routes with weekend services towards the end of last year.

In December 2017, JetsGo Holidays confirmed a new summer route to Palma de Mallorca while Flybe extended its summer service from Belfast City with a new route to Doncaster Sheffield Airport, commencing on 15 June.

For Belfast International Airport, meanwhile, business development director Uel Hoey says 2017 was an “excellent” year, with a record 5.84 million passengers, up 14 percent on the previous year. Its previous record was 5.24 million in 2007.

“Belfast playing host city to Routes Europe in April 2017 was a fantastic unified effort by a multiplicity of partners across Northern Ireland, which created a tremendous feel-good factor during and after the event,” he says.

“The international plaudits we have received for Belfast and its hinterland, and the organisation of our event in its aftermath, have been very satisfying.”

In 2017, Belfast International launched 20 new routes, with Jet2.com confirming that in summer 2018 it will base a fourth Boeing 737-800 aircraft at the airport, supporting a 39 percent increase in capacity.

Visit Belfast’s Deborah Collins agrees that 2017 was a huge success for Northern Ireland, with Routes Europe allowing the organisation to showcase such assets as the Causeway Coast, Game of Thrones tours and Titanic maritime heritage.

“Pre-event, we were told that perceptions of Belfast were poor, that respondents perceived the city region as a tired, industrial and little-known place,” she says.

“Rolling out the red carpet from the moment delegates stepped off the plane, everyone created a buzz with food, music and friendly welcomes along the way. From a water canon salute for the KLM plane arriving in, to live street art and LED hula-hoopers in our lively Cathedral Quarter, delegates’ expectations were exceeded ensuring they left with the Belfast buzz.”

Collins adds that in a post-event survey, 83 percent of respondents had a more positive perception of Belfast after the event.

Belfast City Airport’s Katy Best says the Northern Ireland community must now seek to build on the momentum created by Routes Europe. “One of our key strategic focuses for 2018 is expanding our European and domestic connections, both scheduled and charter carriers,” she explains.

“Alongside this, we plan to further grow our existing routes with increased frequency and capacity with our current airline partners.”

Uel Hoey agrees, adding that Northern Ireland needs capitalise upon the exposure it has received and push for reduced aviation tax to further enhance its offer.

“We continue to grow our domestic network as well as targeting growth in core Mediterranean and Eastern European markets,” he says. “We are also interested in developing rich potential inbound visitor markets from mainland Europe, and are looking further afield at passenger and cargo opportunities in North America and Asia to capitalise upon the opportunity which forthcoming Brexit changes will offer.”

Routes Europe 2018 will take place in Bilbao, the gateway to the Basque Country which is an autonomous region of northern Spain which includes the Basque Mountains, the Rioja Alavesa wine region and the resort town of San Sebastián. Speakers include British Airways chairman and chief executive Alex Cruz and Ray Webster, a former chief executive of easyJet.